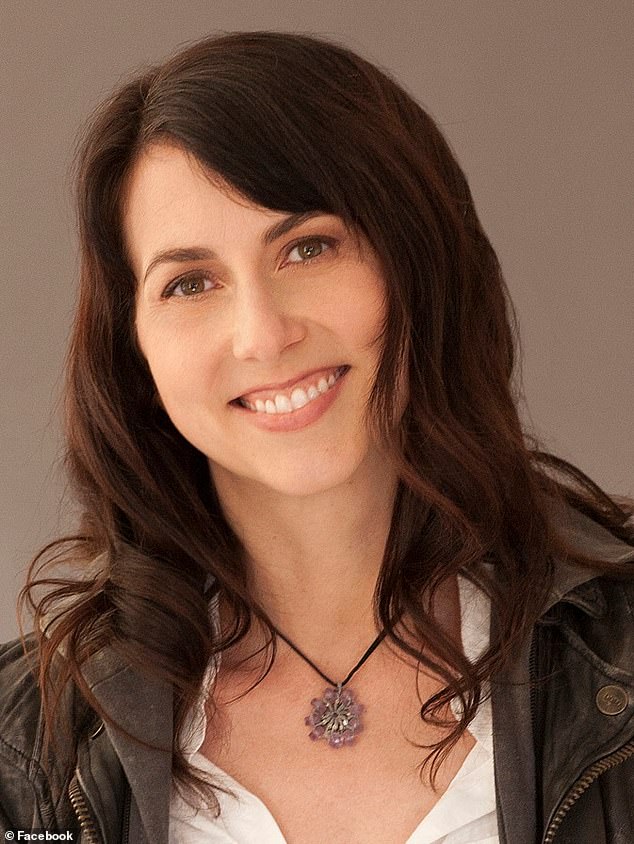 The ex-wife of Amazon billionaire Jeff Bezos donated $281 million to the Boys & Girls Club of America, the largest single donation in the after-school nonprofit’s 160-year history.

MacKenzie Scott, 51, directed $256 million to 62 chapters of the Boys & Girls Club across the nation on Thursday, with the remaining $25 million going to the organization’s national headquarters in Atlanta, Georgia.

‘Gifts like this are rare and have incredible impact,’ said Jim Clark, president and CEO of Boys & Girls Clubs of America, which serves more than 4.3 million children at more than 4,700 locations in the country.

The donation represents the latest in Scott’s ongoing philanthropy spree where she has given away $9.2 billion of her estimated $42.5 billion fortune she was awarded in her divorce settlement, according to Fortune.

The Boys & Girls Clubs of America, which serves more than 4.3 million children at more than 4,700 locations in the country, said the gift would have an  ‘incredible impact’

With gifts totaling $9.2 billion, Scott has given about 6 times as much in the last two years than her ex, Jeff Bezos (left) has in his entire life despite the Amazon founder’s pledge to donate $13 billion. Bezos’ estimated net worth is about $188 billion

Mackenzie Scott has donated about $531 million this year, totaling her monetary gifts to $9.2 billion over the last two years.

Her recent donations include:

Earlier this week, Scott, who no longer announces her donations, gifted $20 million to Meharry Medical College in Nashville, Tennessee.

Last month alone, she gave away about than $250 million, $50 million of which went to the National 4-H Youth Council, the agricultural-focused youth organization that serves six million children in the U.S.

She also gave Communities in Schools, a non-profit that helps keep at-risk children in schools, $133.5 million.

Leading Educators, another education nonprofit, got $10 million to provide professional development for teachers in the U.S.

She then gave to two groups focusing on reproductive rights, the Guttmacher Institute and the Collaborative for Gender + Reproductive Equity, received $15 million and $25 million, respectively.

The National Council on Aging, a nonprofit that advocates for seniors, got $8 million, while the Jed Foundation, a mental health nonprofit, received $15 million.

In December alone, Scott donated about $4.1 billion to 384 organizations.

In less than, two years Scott gave away about $9.2 billion, more than six times what Jeff Bezos, who’s net worth is estimated at $188 billion, has donated so far in his entire life.

Although the Amazon founder has pledged to give $13 billion to charities, Forbes estimated that Bezos has only dished out $1.5 billion, with the rest meant to be given away in the coming years.

Scott continues to remain silent on her donations after announcing in her series of December gifts that she would no longer publicly publicize them.

‘I want to let each of these incredible teams speak for themselves first if they choose to, with the hope that when they do, media focuses on their contributions instead of mine,’ Scott said in a statement.

The recipients of the latest gift from the Boys & Girls Club of America have, on the other hand, been vocal about what they described as a ‘generous’ and ‘humble’ gift.

Forbes estimated that Bezos has only dished out about $1.5 billion in charitable donations

Boys & Girls Clubs of Northeast Florida, which serves 3,500 kids, said their gift of $6.8 billion would allow it to expand in the next three years

Boys & Girls Club of Greater Milwaukee CEO Kathy Thornton-Bias, whose organization received $17 million, said in a statement: ‘In a time where Milwaukee’s kids are facing so many challenges, Mackenzie Scott’s donation will allow us to accelerate our work and meaningfully implement the strategies we have developed to address the needs of the teens and children we serve.’

Paul Martinez, president and CEO of Boys & Girls Clubs of Northeast Florida, which received $6.8 million said: ‘This generous, unrestricted gift is an affirmation of the profound impact we have made on our young people over the past 60 years in Northeast Florida.’

Martinez added that the gift would help the Florida branch grow from 38 clubs to 55 clubs by 2025, allowing the group to help hundreds more than the 3,500 it serves today.

Scott has said she said the team used a data-driven approach, identifying organizations with strong leadership and results, specifically in communities with high food insecurity, racial inequity and poverty rates, ‘and low access to philanthropic capital.’