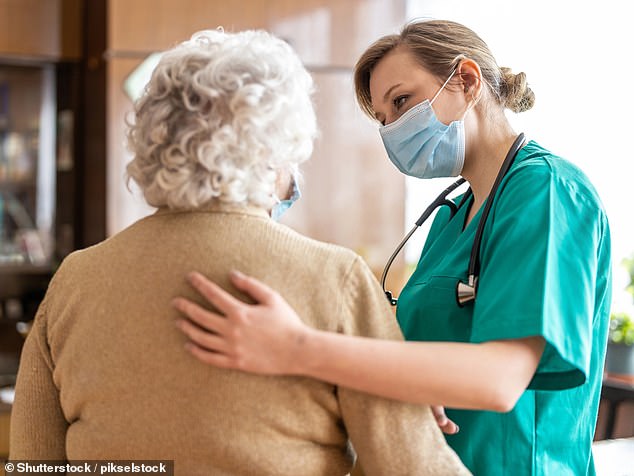 Hundreds of care homes may be forced to shut amid cap on costs, ministers warned

Hundreds of care homes may have to shut once the cap on care costs is brought in, ministers were warned last night.

England’s largest councils and care providers said the government has ‘seriously underestimated’ the cost of its proposals by at least £850million a year.

It means care home companies may be forced to cut beds, meaning care would have to be rationed for hundreds of thousands of people. Many may have to close altogether.

The dire warning is predicted even though National Insurance is rising by 1.5 per cent in April to raise £12billion a year to meet NHS pressures and to pay for the social care reforms.

The extra costs are not the result of the care cap itself, but another aspect of the reforms which ban local authorities from paying less for a care home place than middle-class self-funders.

The warning was contained in a report by healthcare market specialists LaingBuisson for the County Councils Network.

Martin Tett, the network’s adult social care spokesman, said: ‘At the present funding level, these proposals could have a serious impact on the care sector across the country, leading to widespread care home closures and a rationing of care for the hundreds of thousands of people who need it each year.

‘Councils will be left between a rock and a hard place – either by raising council tax to excessive levels and cutting local services, or by seeing widespread care home closures in their areas.

‘Councils are committed to working with government to develop a roadmap which both implements reform alongside maintaining market stability.

‘However, the government needs to seriously consider the findings from this report and provide a substantial uplift in funding to make the proposals workable.’

The dire warning is predicted even though National Insurance is rising by 1.5 per cent in April to raise £12billion a year to meet NHS pressures and to pay for the social care reforms (stock image)

First, it looks at proposals to make care fees fairer between private and state fee payers by allowing private payers to ask councils to arrange care on their behalf at lower local authority rates.

Second, it considers the new ‘Fair Cost of Care’, which aims to increase care fees paid by councils to make the care market sustainable.

Presently, the government has allocated £378million per year for councils to pay this new Fair Cost of Care for care home placements and to protect providers from revenue losses.

But LaingBuisson said this was not enough, adding that widespread care home closures could leave councils struggling to find beds. At the very least, an extra £854million a year is needed.

Professor Martin Green, chief executive of Care England, said: ‘It shows that the annual cost to councils is at least three times current government funding allocations and if not immediately revised this could lead to catastrophic financial failure to be experienced by providers, leading to home closures.’

William Laing, director of LaingBuisson, said: ‘The social care reform policy objectives are widely accepted, but the central government money earmarked to enable councils to pay a fair cost for care is clearly inadequate, with the risk of severe unintended consequences including the destabilisation of the care market in some areas.’