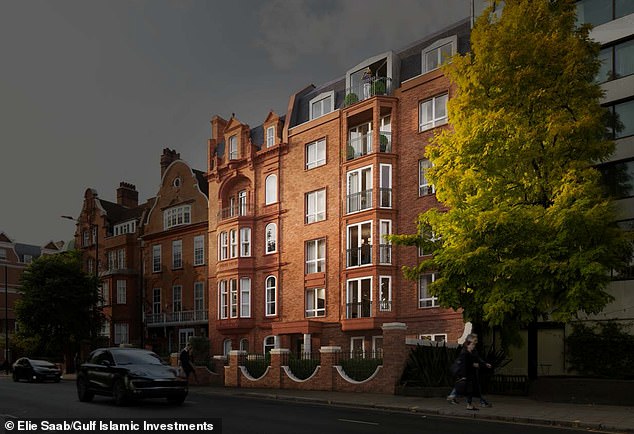 Some wealthy second homeowners have been reassessing their property priorities during the pandemic, with a pied-a-terre rather than a main home in the city becoming more of a priority.

Upmarket estate agents report some well-heeled owners have swapped their main residence with what was previously their weekend country retreat.

But they’ll need very deep pockets if they want to buy one of these new London flats overlooking Hyde Park as their city base, as prices start at £3million and run up to £11million for the penthouse.

For many of those who have swapped a permanent London home for the country along with a pied-a-terre, there is no longer a need to be based permanently in the city if they only need to be in the office two or three days a week.

Their home in the country is now more like to cater for their needs in providing more space to enjoy following the confines of several lockdowns.

It is a perfect property set up if you can afford it – particularly if you work internationally – and that is where the new development of just 15 flats overlooking Hyde Park comes in.

The luxury new builds have a starting price of £3million for a two-bedroom flat and prices range up to £11million for a three-bedroom penthouse at the affluent Bayswater Road address.

We take a closer look at the new properties that will be completed late summer, and what type of buyers they are likely to attract.

The new development of just 15 flats is called Elie Saab Residences – Elie Saab being the name of the interior designer.

It overlooks the north east corner of Hyde Park. The two and three-bedroom homes are on London’s Bayswater Road, and are within walking distance of the West End.

All of the properties are leasehold with a share of the freehold with no ground rent. There is an annual service charge of around £8 per square foot, which would equate to £8,000 a year for a two-bedroom flat with 1,000 sq ft of space.

What is so special about it?

There are not many addresses in central London where you can have views overlooking open green space, much less Hyde Park itself.

The flats are also new build, which is rare for this part of London.

As a boutique development, there are only 15 homes available at the scheme, so it will not have a wide community feel to the development.

There is also the on-going costs of the service charges to consider, which are around £8,000 every year for a two-bedroom flat.

And buyers will have to wait until later this summer before the build is fully completed and they can move in.

The name of the flats is Elie Saab Residences, which takes its name from the interior designer behind the flats

Wealthy young professionals and international business travellers who want to be based in the heart of the capital, with good access to London’s amenities.

These are perfect pied-a-terre properties for people wanting somewhere in the heart of London and to enjoy the views of Hyde Park.

Who are the neighbours?

Residents in Hyde Park and Bayswater tend to be families taking advantage of the local good schools, or professional couples and singles appreciating the easy commute to the City.

The apartments overlooking Hyde Park are also likely to appear to international buyers, such as those from the Middle East, US and Brazil, according to the developer GRID Properties.

The big attractions nearby are Kensington Palace and the open green space of Hyde Park. There is also a wide range of restaurants nearby featuring cuisines from all over the world, which pave the way into London’s bustling West End.

Is there a local hidden gem that would take buyers a while to find?

Connaught Village holds annual fetes that are often attended by famous locals while the area itself is predominantly home to boutiques and independents with a strong café culture.

Where’s the best place for dinner nearby?

You cannot fault the view from the Serpentine Bar & Grill, while other restaurants such as upscale Italian Osteria Romana offers authentic dishes.