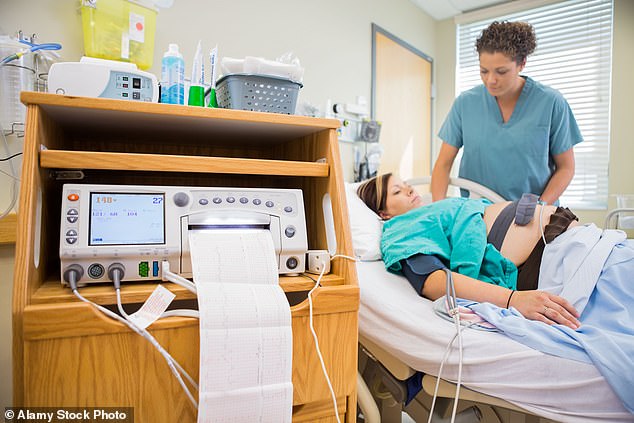 By Stephen Adams Medical Editor For The Mail On Sunday

Around a third of the country’s midwives are over 50, with many thinking of leaving the job which can be stressful and physically demanding.

Because of this, the NHS has been upping efforts to refresh the ageing workforce on the country’s labour wards, with almost 2,750 new midwives recruited in England in the year to the end of September.

Now NHS England is putting in £8 million into the mentoring scheme, aimed at keeping hold of older staff who might otherwise retire, by assigning them to the ‘non-clinical’ roles.

NHS England is putting in £8 million into the mentoring scheme, aimed at keeping hold of older midwives who might otherwise retire (stock image)

Professor Jacqueline Dunkley-Bent, England’s Chief Midwifery Officer, said: ‘We have an invaluable resource in our existing experienced workforce, who have between them over the years supported millions of families to care for women ante-natally, assisted with the safe delivery of their babies, and cared for them post-natally.

‘We want to keep this wealth of on-the-job knowledge by creating new positions that give maternity staff the opportunity to stay within the NHS and help support and train the next generation of midwives.’

NHS organisations have until next Friday (March 25) to bid for a slice of the funding.