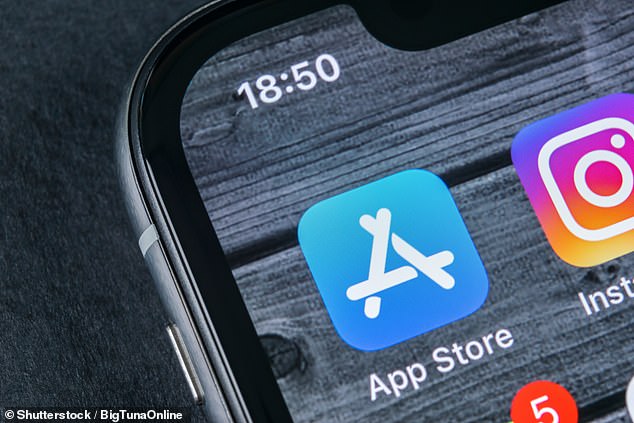 Apple went DOWN for hours, leaving thousands of users unable to access a host of the tech giant’s services, including the App store, iCloud, Apple TV and Maps

Apple suffered a massive outage on Monday, leaving thousands of users unable to access its services.

According to Down Detector, a website which monitors website outages, thousands of people complained of having issues from around 16:30 GMT (11:30 ET), with services operating again from about 19:00 GMT (15:00 ET).

Users also had issues with the App store, Find my iPhone, Apple Maps, iTunes and iMessage and Apple TV.

It is also understood that Apple’s corporate and retail internal systems were down, according to Bloomberg journalist Mark Gurman, which he said was ‘limiting remote work and retail operations like product pick-ups and repairs’.

It is currently unclear what is causing the outage, although Apple has responded to some individual users on social media, confirming the outage.

According to Down Detector, a website which monitors website outages, thousands of people complained of having issues around 16:30 GMT (11:30 ET)

Apple’s status page confirmed the outage about half an hour after users began mentioning problems on social media and DownDetector.

iCloud Calendar, iCloud Contacts, iCloud Mail, and iCloud Private Relay were among the last to be restored back to normal.

The company is yet to comment on the problem, but it is believed to be a global issue, with users complaining in both the US and UK.

It has responded to some affected users on Twitter, after many took to the social media platform to vent their frustration.

One wrote: ‘Apparently iMessage is down cause nobody can send media.. apple? what’s going on.’

In the UK, the most complaints have been logged in cities such as Manchester and London

In the US, the major outages were reported in Los Angeles and New York (pictured)

Another added: ‘I’m going to assume that the server for Apple Maps went down because I’m steady trying to put in the address for my next on-site and it’s saying that the server can’t be reached.

‘So I guess I will use Waze to get there.’

Down Detector gets network status updates from various sources including social media and reports submitted to its website.

Most of the problems were reported in major cities such as London, Manchester and Nottingham in the UK, and New York and Los Angeles in the US.