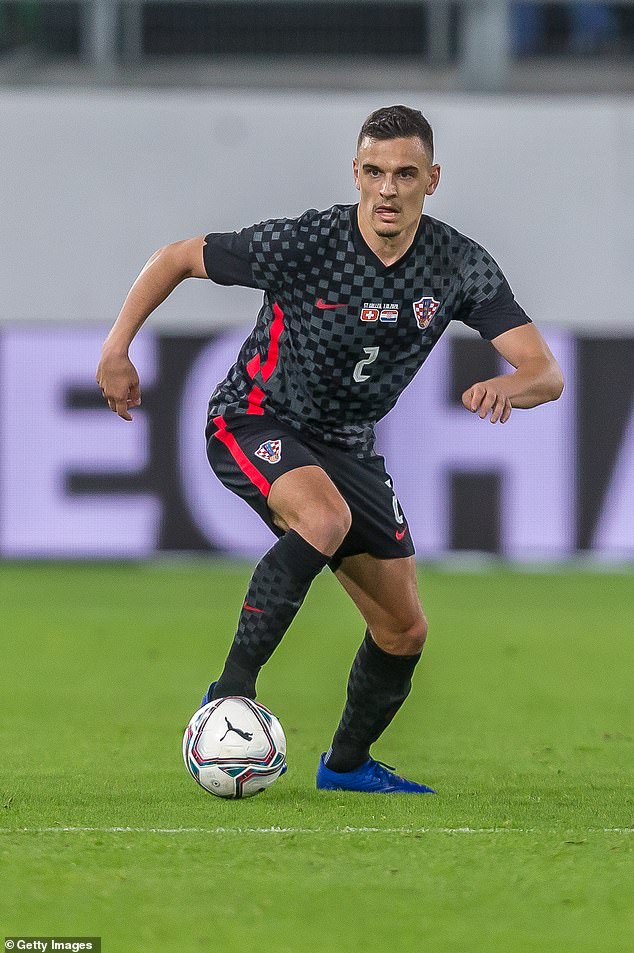 Sheffield United have signed Croatian international central defender Filip Uremovic on a deal until the end of the season.

The 25-year old, who has six caps, had his contract with Russian side Rubin Kazan suspended due to the country’s invasion of Ukraine.

The Blades are the first English club to sign a player as a result of his contract with a Russian club being suspended under new rules introduced because of the nation invading Ukraine.

Blades manager Paul Heckingbottom said: ‘Filip is someone our recruitment team know all about, they’ve watched him since he played for Croatia U21s, but financially he’s always been out of the club’s reach.

‘Unfortunately, because of the terrible situation between Ukraine and Russia, some players have had contracts suspended.

‘We spoke and thankfully he sees this as an ideal place to stay short term.’

Sheffield United have not had to pay a fee for Uremovic, who has made 21 appearances for Rubin Kazan this season, and have been allowed to sign him outside of the traditional transfer period.

Earlier this month, FIFA said they would open a special transfer window for foreign players stranded in Russia.

FIFPro is reportedly lobbying FIFA to allow foreign players registered with Russian teams to be designated as free agents to aid their moves to an alternative club.

The signing of Uremovic boosts Sheffield United’s defensive woes as the Blades have been hit by a series of injuries to key players.

The Bramall Lane club occupy a play-off spot in the Championship as they are fifth with eight games to play.