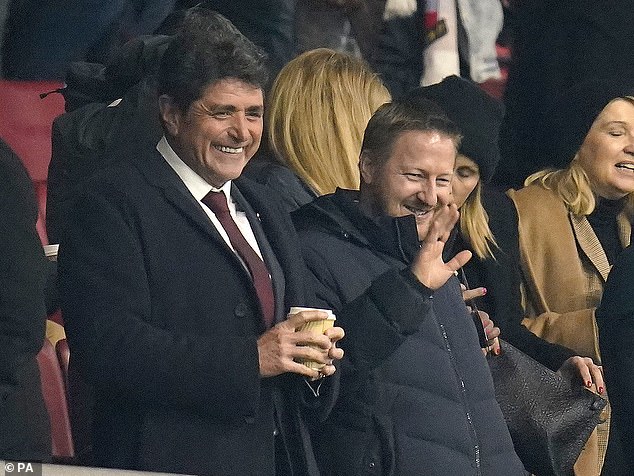 Southampton’s new owners Sport Republic are hopeful of adding up to two clubs to their network by the end of the summer.

The group, led by Serbian billionaire Dragan Solak and including CEO Rasmus Ankersen plus chairman Henrik Kraft, bought a £200m, 80 per cent controlling stake in Southampton in January.

They revealed plans to make the south coast side the cornerstone of a portfolio of clubs similar to the City Football Group that Manchester City are the focal point of or the Red Bull group.

Ankersen has first-hand experience of multi-ownership having been a co-director of football at Brentford and also chairman of Danish side Midtjylland who were owned by the Bees.

The process with Sport Republic is progressing with the group mindful of the stated desire on their arrival and keen to build on their purchase of Southampton.

Increasing the size of their network could aid Southampton in numerous ways including, in time, their recruitment.

They plan to emulate City Football Group, who made Man City the focal point of their network

Band 2 includes the top flights in Holland, Belgium, Turkey and Portugal along with the Championship.

Overseas players will now need a GBE to move to England. Post-Brexit that also includes players from EU countries.

Players need to accumulate 15 points across six different categories in order to be granted a GBE.

The quality of the domestic league they are playing in is one of the factors with more points awarded to players featuring in higher band leagues, based on the amount they play.

Having partner clubs in would, among other benefits, enable Sport Republic, like other similar operations, to place players there so they can accrue the required experience to become eligible to move to England.