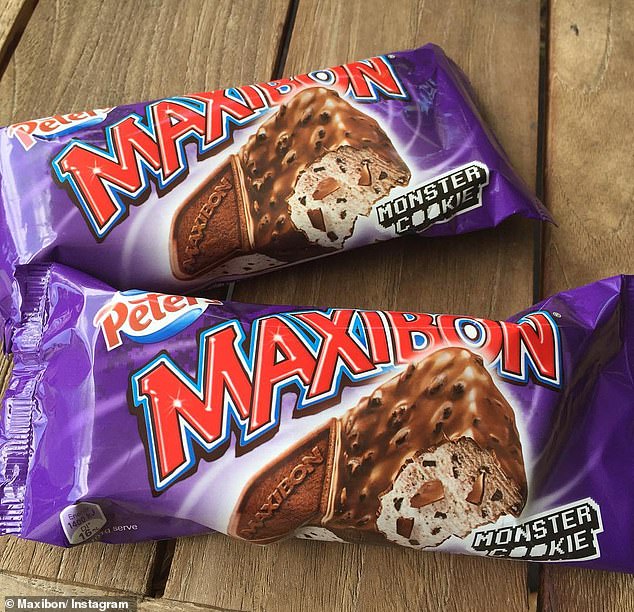 The truth about service station ice creams: Beloved Australian brand Peters is slapped with a $12MILLION fine over a shady plot

An ice cream brand has been slapped with a $12million fine after the Federal Court found it used a distributor to stop competitors being sold in convenience stores and petrol stations.

In filings brought by the Australian Competition and Consumer Commission, Peters Ice Cream admitted that for five years after purchasing PFD Food Services, it blocked the company distributing ice creams made by other brands.

After acquiring PFD in 2014 one of the conditions was the company would not distribute or sell ice creams made by companies other than Peters without getting written permission.

The effect was that competition was substantially lessened for manufacturers of single service ice cream and frozen confectionary, the ACCC said in a statement on Friday.

‘This is an important competition law case involving products enjoyed by many Australians,’ said ACCC Chair Gina Cass-Gottlieb on Friday.

‘We took this action because we were concerned that Peters Ice Cream’s conduct could reduce competition in this market and impact on the choice of single serve ice creams available to consumers.

‘Peters Ice Cream admitted, that if PFD had not been restricted from distributing other manufacturers’ ice cream products, it was likely that one or more potential competitors would have entered or expanded in this market.’

The ice cream company, a subsidiary of British company Froneri, was additionally ordered to pay part of the ACCC’s legal costs.

Peters Ice Cream owns brands including Frosty Fruits, Drumstick, Maxibon and Connoisseur, and is one of two manufacturers stocked in convenience stores and petrol stations.

PFD is the largest distributor of single-serve ice creams in Australia and can reach 90 per cent of the country’s post codes.

Peters Ice Cream owns brands including Frosty Fruits, Drumstick, Maxibon and Connoisseur, and is one of two manufacturers stocked in convenience stores and petrol stations