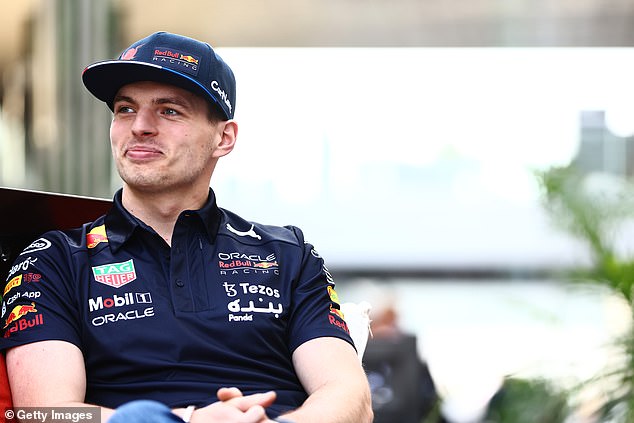 Max Verstappen has doubled down on his opposition to Netflix’s ‘Drive to Survive’ series, as he likened it to reality TV show ‘Keeping Up with the Kardashians’.

The Red Bull driver, who was forced into an early retirement during the Bahrain Grand Prix this month, had previously expressed his dislike for the series and his desire to not be involved in it.

The 24-year-old insisted that he doesn’t agree with the current format of the series and suggests it should be titled ‘Keeping Up with the Formula One world’ – a spin-off of Kim Kardashian’s show.

Speaking on Friday, Verstappen said: ‘I’m sure we’ll talk about it with Stefano. But at the moment I’m not really interested to take part in it.

‘It’s also taking more time when we’re already doing so many things. I saw the benefit initially of course you get more popularity, but for me now I think you reach a stage where its a bit more like ‘Keeping up with the Formula One world’ if you know my reference.

‘I think it shouldn’t be like that. It’s better just to make a season review by F1 itself, that’s why nicer to look at. But that’s my opinion. Nobody needs to share my opinion. I just don’t like to be a part of it.’

Verstappen refused to partake in elements of the show, including a one-on-one interview that was expected after he won the World Championships in 2021.

The Red Bull driver was forced into an early retirement during the Bahrain Grand Prix this month, after a fault with the fuel pumps of the car.

Verstappen was just behind Charles Leclerc with three laps remaining in the race, when he seemingly lost power in his car.

Speaking to Sky Sports after the race, Verstappen said: ‘Of course you can always say problems can happen and you might have a retirement.

‘But I think at this level, after already having so much information with engines and stuff, it shouldn’t happen.