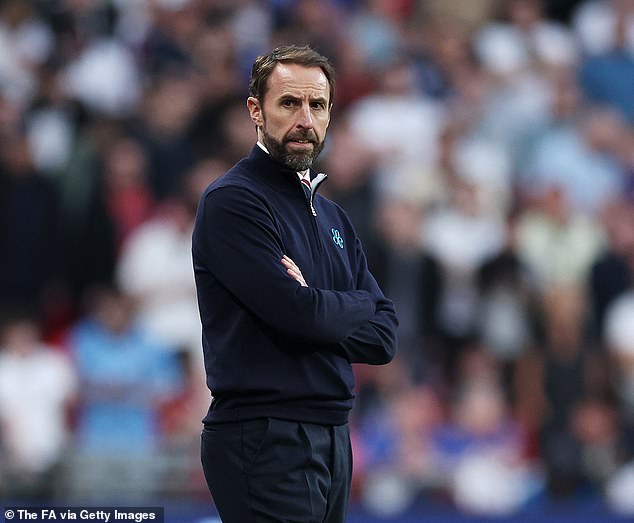 DANNY MURPHY: The emergence of Ben White and Marc Guehi is a huge boost for England’s options… but Gareth Southgate should still move away from playing three at the back

By Danny Murphy For The Mail On Sunday

The emergence of defenders Ben White and now Marc Guehi have probably been the biggest pluses of the season for Gareth Southgate — though I still wish the England coach would ditch the back three.

White has enjoyed a great season at Arsenal, Guehi at Crystal Palace. Both did well for England against Switzerland and if they continue to develop that means greater competition at the back end of the pitch heading towards the World Cup. And that should do Harry Maguire and John Stones the world of good.

Any player will tell you that as soon as someone is after your shirt you have to raise your game and I don’t think Maguire or Stones have been under anything like that kind of pressure.

But White is a class act who can play at right back or as a holding midfielder, a versatility which is a real positive. And now Guehi has been given a chance and looks ever so impressive.

I really like him because he’s a good football-playing centre half, well educated at Chelsea before moving to Palace, and he’s a Southgate type because he’s comfortable in a three or four. And if it was me, it’d be a back four.

I like adaptability and being flexible and there are occasions when you might want to play a three, but I would still prefer to see us playing 4-3-3, 4-5-1, whatever you want to call it — but basically a four-man defence.

That’s what our players are used to and it’s also what the best teams in the world play. I think I’m right in saying that not since Germany at Euro ’96 has an international team won a major final playing three at the back.

Look at the great Real Madrid side who won four Champions Leagues in five years, or that wonderful Barcelona team. The two great French teams of the last 20 or so years, that fabulous Spain side. They were all built around a back four — as are Liverpool and Manchester City. I’m a big admirer of Gareth.

I know him really well and he is a really intelligent guy, but I’m struggling to understand why we keep persevering with three at the back. Why do we feel we are the team that is going to change history? Most of our players are more comfortable in a four. I would be working on that system in the games we’ve got left until Qatar.