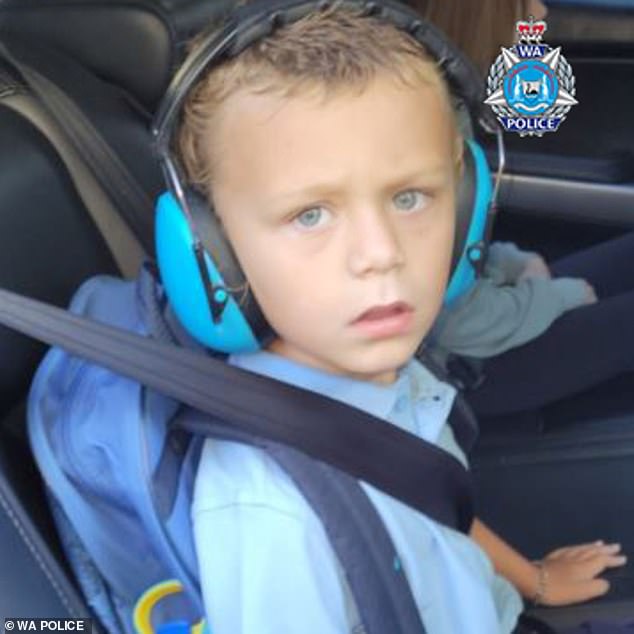 Desperate search is launched for boy, 6, missing in Perth – residents urged to check their gardens and outbuildings

A frantic search was launched for a missing boy in Western Australia.

Six-year-old Joey was last spotted in the vicinity of Riseley Street, Booragoon in Perth’s south around 4pm on Sunday.

WA Police have since announced the boy has been found in the backyard of a property several streets away from where he was last spotted and are ‘arranging for urgent medical assistance’.

Joey is believed to be in a critical condition, Nine News reported.

‘A further update will be provided when appropriate to do so,’ a police statement read.

Joey was described as having tanned skin and has a blond mullet with shaved sides.

It is believed he is not wearing any clothes and may have difficulty communicating with strangers.

WA Police urged residents to check their gardens and outbuildings during the desperate search.

Anyone who spots Joey is asked to stay with him and call police on 131 444.

The missing boy was last spotted in the vicinity of Riseley Street, Booragoon in Perth’s south around 4pm on Sunday