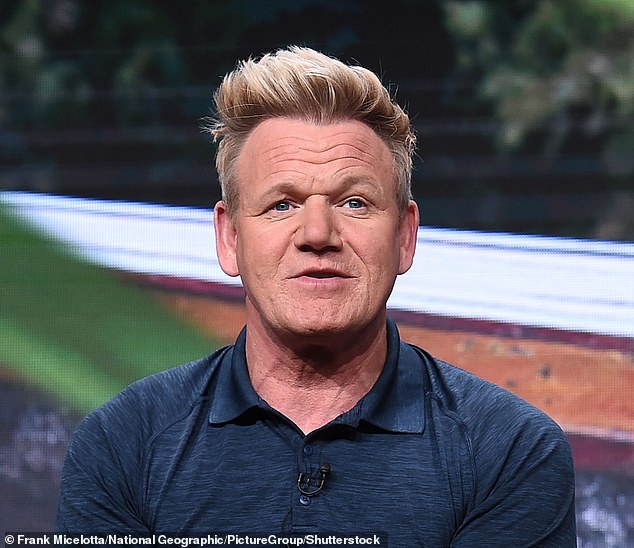 By Kamal Sultan and Emma Powell For The Daily Mail

He banned mobile phones from his three Michelin-starred restaurant in 2006 – but Gordon Ramsay now believes they are the best thing to happen to the industry.

The chef introduced the ban to stop people ‘yabbering’ and disturbing other diners at his flagship Restaurant Gordon Ramsay in Chelsea, west London.

But he has since had a change of heart, saying at an event to launch his new television show: ‘A lot of restaurateurs and chefs just hate the idea of phones in restaurants today and I think it’s the best thing that’s ever happened.

Gordon Ramsay said he no longer bans mobile phones at his restaurants, but welcomes them as ‘the best thing that’s ever happened’ for the industry

The British chef, who has a new show on BBC One (pictured), said allowing diners to use their mobile phones provides instant feedback

‘Everyone’s a critic, so wherever you are in the world you get that instant feedback.’

The use of phones in restaurants remains contentious.

Late French chef Michel Roux banned customers from taking photos of their food at the Waterside Inn, his three Michelin-starred restaurant in Berkshire.

Gordon Ramsay’s Future Food Stars, which begins at 9pm on Thursday on BBC One, pits 12 food and drink entrepreneurs against each other for the chance to go into business with him.

The winner will receive a £150,000 investment from the celebrity chef, who puts the contestants through a series of tough challenges, not all of them food-related.