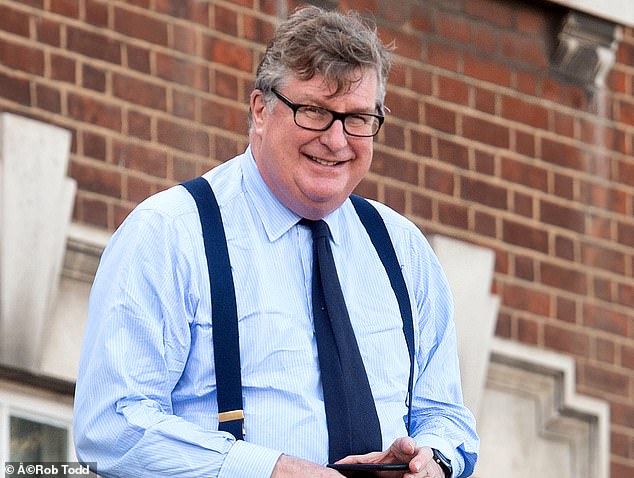 The boss of the firm founded by hedge fund baron Crispin Odey has resigned after more than 20 years at the business.

Tim Pearey has been a partner at Odey Asset Management since 2009 before becoming co-chief executive alongside Odey six years ago.

The 45-year old took control of the business at the end of 2020 after Odey stepped down to focus on running his funds.

Founder: Crispin Odey stepped down at Odey Asset Management in 2020 to focus on running his funds

But according to filings at Companies House, Pearey stepped down last Thursday.

A successor has not yet been announced.

A spokesman for the firm said: ‘It goes without saying that we are very sad to say goodbye to Tim. We thank him for his great contribution to Odey and wish him every success in the future.’

Pearey’s resignation followed the departure of one of the fund’s star hires, Rob Marshall-Lee, earlier this month just a year after he was appointed to head up the group’s Global Emerging Markets fund.

Another senior figure, chairman David Fletcher, stepped down in July last year after around 18 years in post. He has stayed on as a senior adviser to the business.

Odey, 63, initially relinquished his role as co-chief executive shortly after he was charged with one count of indecent assault on a junior female banker at his Chelsea home in 1998.

He admitted to verbally propositioning the young woman, whom he had invited back to his home. But he denied groping her, calling her allegations a ‘horrible slur’.

Odey was eventually acquitted in March last year, but not before the multi-millionaire split from his wife, fellow fund manager Nichola Pease.

Despite troubles in his personal life, last year proved lucrative for Odey after he bagged a bumper £15.6million payday for the year to April 5, 2021, more than ten times his £1.5million pay a year earlier.

The fund manager has a history of making controversial but profitable bets. A Brexiteer and Tory party donor, he cashed in on the aftermath of the vote to leave the EU by betting against the pound.

More recently, the firm made returns of over 30 per cent after predicting that oil and gas prices would soar ahead of the Russian invasion of Ukraine.