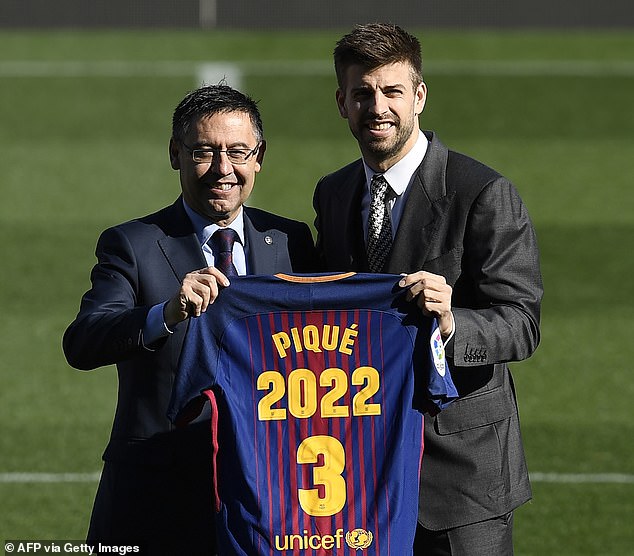 Gerard Pique has slammed former Barcelona president Josep Bartomeu over ‘lies’ which concluded his period in charge of the club.

Bartomeu was replaced as Barca chief by Joan Laporta during elections last year, after overseeing a period of financial difficulty at the Nou Camp which consequently led to Lionel Messi’s departure.

He was also involved in the Barcagate scandal, when the club hired a PR company to manage the club’s reputation and allegedly did no favours to the reputation of senior players such as Pique and Messi.

Having defended him at the time, the 2010 World Cup winner has now publicly criticised the former club chief.

‘He is a person whose insecurities, or the desire to keep everyone happy, means he doesn’t know how to say no,’ Pique said, as reported by Marca.

‘Not knowing how to deal with the problems. The last times we didn’t see him at the Cuidad Deportiva. Why am I cross with Bortomeu? When he lied to my face with Barcagate. The club hired services to criticise the players.

‘And then I find out that he did. That he lied to my face about such a serious incident… at least he shows his face and asks for forgiveness.

‘I came out like an idiot to defend him.’