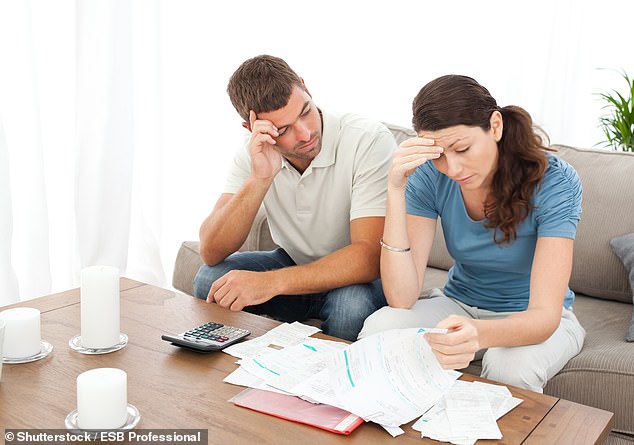 A mother has revealed she has banned her husband from attending a stag do with his friends to Canada because it would ‘blow half their savings’.

The unnamed British woman took to Mumsnet to explain her husband had hoped to use more than half of their savings account on the trip of a lifetime, which was his ‘dream holiday.’

Explaining that she had previously used their combined savings for a private corrective surgery for her endometriosis, she shared that she thought it would be unfair for him to use the majority of the rest on himself.

Meanwhile her husband argued that because she had spent money on her elective surgery, he should have the right to use the rest on his trip.

Some commenters thought he was being selfish and had no right to bring her surgery into the discussion, while others thought she was being uptight and should allow him to enjoy some well-earned time with his friends.

The unnamed British woman took to Mumsnet to explain her husband had hoped to used over half of their savings account on the trip of a lifetime which was his ‘dream holiday’ (pictured, stock image)

Explaining the situation behind their £2.000 savings pot, the mother wrote: ‘We had more but it got wiped out by a private medical surgery for me, which was a good few thousand pounds.’

‘I went private to have endometriosis surgery (I have it very severely) because I was in absolute complete agony every day and couldn’t wait on the NHS list for treatment any longer.

She went on to explain that her husband and his friends are ‘all very outdoorsy, into fishing and hiking and mountain biking etc’.

‘His friend is getting married near Christmas and wants to arrange a very extravagant stag do,’ she explained.

She explained that they had £2000 left after an elective surgery she had, and the trip would cost him £1100

The plan is 10 days in a log cabin in the Canadian Rockies in October, which is her husband’s ‘dream holiday’.

Endometriosis occurs when cells in the lining of the womb are found elsewhere in the body.

Each month, these cells react in the same way as those in the womb; building up, breaking down and bleeding. Yet, the blood has no way to escape the body.

Symptoms include pain, heavy periods and fatigue, as well as a higher risk of infertility, and bowel and bladder problems.

Its cause is unknown but may be genetic, related to problems with the immune system or exposure to chemicals.

Treatment focuses on pain relief and improving quality of life, which may include surgery or hormone treatment.

She explained the flights would cost at least £600, while the log cabin would be £500.

She added: ‘The stag will be paying for drinks, food and activities.’

The woman shared that her husband’s friends were all able to afford the trip, but the thought of only having £900 left during the energy crisis was leaving her feeling stressed.

She said: ‘The £2,000 is our emergency fund, and I’m anxious at the thought of half of it being blown like this.

‘And also if it were to be spent on a holiday I feel it’s fairer if it’s a family holiday with me and the children.

‘I work full-time as well as him so I don’t know how I feel about it being spent on his dream holiday while me and the children stay at home.’

She continued: ‘Husband feels I’m being mean. He loves his friends, he works hard (he really does) and feels that he deserves this.

‘It’s not that I don’t want him to go, I know it sounds brilliant for him and he’d love it and if we had the money I’d be thrilled for him, but I don’t think we can justify it at the moment.’

She added that her husband is claiming that because the rest of their money went on her surgery, it’s ‘unfair’ that she’s ‘unsure over his holiday’.

‘I think this is unfair, I was in a lot of pain. I’d much rather have not needed the surgery so that I could treat myself with the money instead,’ she concluded.

Some commenters were outraged that her husband would compare her surgery to his holiday and thought it would be selfish of him to indulge in the trip.

One person said: ‘You are not being unreasonable and I say that cos I hate ridiculously extravagant stag/hen dos. Can’t compare a trip to surgery and he’s being a d*** to do so.’

Another agreed, saying: ‘I think it’s absolutely ridiculous to have such an expensive stag do and for your husband to be a sulky teenager about it. If you could afford it yes, but you can’t, so no.

‘He needs to grow the heck up and be a responsible family man.’

A third person wrote: ‘Surgery is nothing like a holiday. He’s ridiculous.’

Others, however, thought she was being unnecessarily hostile to her husband and worried that she thought she had the power to control his life.

One person said: ‘If you don’t “let” him go then your relationship might not be the same again. His mates will be talking about this trip for a long time and your  husband will resent you.’

While another agreed saying: ‘I wouldn’t try to stop him going. If the roles were reversed I would feel huge resentment towards my partner for not allowing me to go.’

A third thought she shouldn’t use her surgery against him: ‘You are being very unreasonable and I say that as someone who has endured waiting lists for surgeries many times over the years in the last few decades.

‘You chose that this was the best use of that money for your needs. You weren’t bothered about buffers and utilities then. His £1,100 won’t come close I imagine to what you spent.’