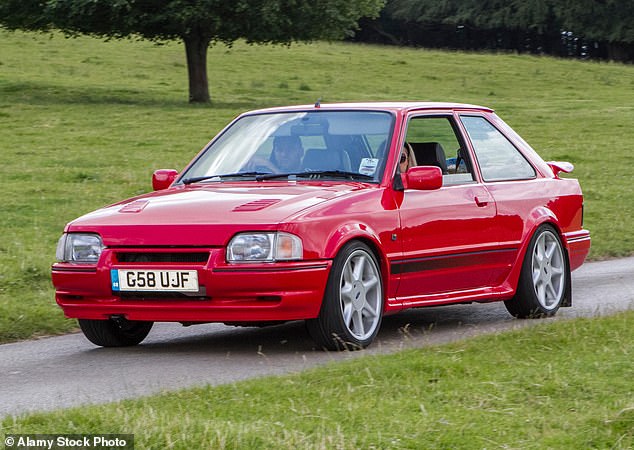 Value of modern classic cars in Britain is £3.7bn with the ever-popular Ford Escort topping the list of most valuable discontinued motors

By Ray Massey Motoring Editor For The Daily Mail

The value of the huge number of modern classic cars in the UK is £3.7billion.

One of the most popular of these models, which are no longer produced, is the Ford Escort, selling for £9,876 on average.

Research by Bristol Street Motors now reveals how many modern classic cars are still being driven, rather than left languishing on our driveways.

And to check the worth of the 45 models analysed, the retailer looked at average auction prices.

Its report noted: ‘From the Morris Minor to the Ford Escort, we’ve seen many classic cars stop being produced over the years, but that doesn’t stop them being some of the nation’s favourites to drive or collect.’

Of the £3.7billion total, more than £1.5billion is accounted for by cars that have been declared off the road to the DVLA, through a Statutory Off Road Notification (SORN), meaning they can’t be driven on the road but pay no vehicle excise duty.

The Vauxhall Viva is the most common discontinued model still active, with 98 per cent of the surviving 39,805 small cars still licensed to be on UK roads.