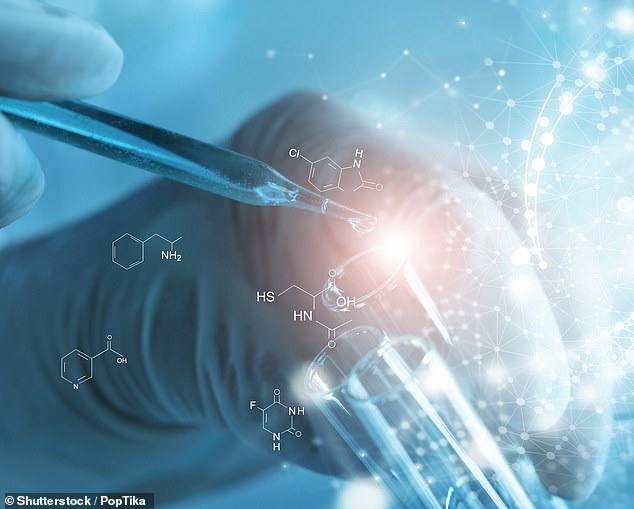 A former science and business minister under Gordon Brown has been ousted as head of a biotechnology company he founded as it teetered on the brink of collapse.

Labour peer Lord Drayson, who served in both the governments of Brown and Tony Blair, stood down immediately as chief executive of Sensyne yesterday as the firm unveiled an emergency financing package of £15million in a bid to keep itself afloat.

He will be replaced by Alex Snow, a former banker who recently chaired Nasdaq-listed drug developer Exscientia, who will lead a restructuring of the company. In his younger days Snow also played rugby for Harlequins and England A.

Ousted: Labour peer Lord Drayson, who served in both the governments of Brown and Tony Blair, stood down immediately as chief executive of Sensyne

The deal effectively wipes out most of Sensyne’s shareholders and will see it delisted from the London market and control handed to three of its major investors, including investment firm and activist shareholder Gatemore Capital.

Sensyne warned that without the cash injection it could go bust by the end of the month. As of Wednesday, it had as little as £1.52million in the bank.

The company’s chairman Sir Bruce Keogh said the financing would provide the company with ‘certainty of a future’.

The shares plunged 78.2 per cent, or 7.81p, to 2.18p yesterday, meaning they are now worth nearly 99 per cent less than their listing price nearly four years ago. Drayson, 62, is the Oxford-based firm’s largest shareholder alongside his wife Elspeth. Together they hold a 22.8 per cent stake.

His departure and the firm’s imminent delisting mark a chaotic end to Sensyne’s troubled tenure on the stock market following its debut in 2018. In 2020, the company was forced to pay out £380,000 to settle an employment tribunal claim brought by its former finance director Lorimer Headley.

Headley alleged Drayson had overseen a ‘culture of fear’ at the firm, although the claims were denied by both the company and chief executive.

Last November the company was censured and fined £400,000 by the London Stock Exchange relating to bonus payments to executives worth £1million that were paid four months after its stock market debut but not disclosed to investors in its listing documents.

Since then, it had been struggling to keep itself afloat, securing an £11.4million lifeline in January as it raced to find a buyer.

Drayson tried to take the company private when it first put itself up for sale six months ago.

However, his efforts appeared to have been shunned. Discussions about a possible sale remain ongoing with a ‘small number of parties’, the company said on Friday, although it was not clear whether any offers would be immediately forthcoming.