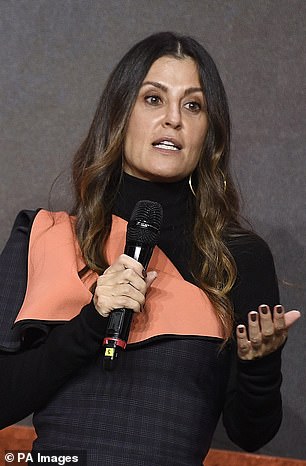 Chelsea director Marina Granovskaia will reportedly be offered the chance to remain at Stamford Bridge by the quartet of buyers who will submit their final proposals this week.

Russian-Canadian executive Granovskaia – who has worked for Roman Abramovich throughout her career – runs the day-to-day operations of the club and has received praise for her handling of transfer and contractual matters.

One of the main points of conversation for any prospective buyer will be whether they keep Granovskaia at the club but The Athletic reports that the quartet of prospective buyers will look to keep the 47-year-old in her current role.

The report details that whichever consortium group emerges as the club’s new owners will try and retain her influence at the club, presenting Granovskaia with something of a dilemma given her loyalty to Abramovich.

Before starting on the board at Chelsea in 2003, she worked for the oil company Sibneft from 1997 and has been the Russian oligarch’s advisor for the last 18 years.

She has been a director at Chelsea since 2013 and in the Golden Boy awards organised by Italian newspaper Tuttosport last year, she won the award of ‘Best European Manager’ – akin to director – in 2021.

Abramovich is looking to sell the club after he was sanctioned by the UK government following the Russian invasion of Ukraine for his ties to the Putin regime.

Meanwhile, it emerged over the weekend that Todd Boehly and the Ricketts family are both expected to offer Chelsea fans a ‘golden share’ in their final bids for the club this week, as reported by The Mail on Sunday.

Supporter groups would receive a veto on key decisions – such as changes to the club’s name, badge and crest or the colour of their home kit – if the American consortiums became the club’s new owners.

Boehly and Tom Ricketts, along with his sister Laura, were in London last week meeting fan groups to lay out their plans for the club. The Ricketts family also made it clear they would not support any attempted reprisal of the European Super League.

Sir Martin Broughton, who is fronting another of the four bids, has also given guarantees to supporter groups including the Chelsea Pitch Owners (CPO), who own the freehold to Stamford Bridge and a crucial veto on any proposal to move grounds.

It is understood that the fourth bidder, Stephen Pagliuca — part owner of the Boston Celtics — has not approached the influential CPO, who also own the intellectual property of the club’s name.

A golden share in the club would meet a chief recommendation of the Government’s fan-led review. With the Government having to issue a special licence for the club to be sold, following the sanctions on Roman Abramovich, bids which meet criteria laid out by MP Tracey Crouch’s review may have an advantage in securing a quick sale.

With the former Downing Street adviser Daniel Finkelstein, who was part of the Crouch review team, lined up for a non-executive boardroom role in the Boehly bid, the CPO’s role in the club is likely to be expanded should it succeed. The protracted bidding process is entering its final days.

Laura Ricketts is openly gay and her wife, Brooke, is a familiar face around the Cubs’ Wrigley Field stadium. She was the first out LGBTQ+ owner in Major League Baseball. Laura said she was ‘thrilled’ see to Chelsea women in action, adding: ‘To see these young women play at this level was a real treat for me.’

As well as meeting the Ricketts, the CPO have also met the Cubs’ general manager, Carter Hawkins, to get an insight into how the family operate, and with the architect the Ricketts family would use to upgrade Chelsea’s stadium.

An expansion and renovation of Stamford Bridge is ‘central’ to the Ricketts consortium bid. It is understood their preference is to upgrade Stamford Bridge without the team having to relocate as work is done in stages.