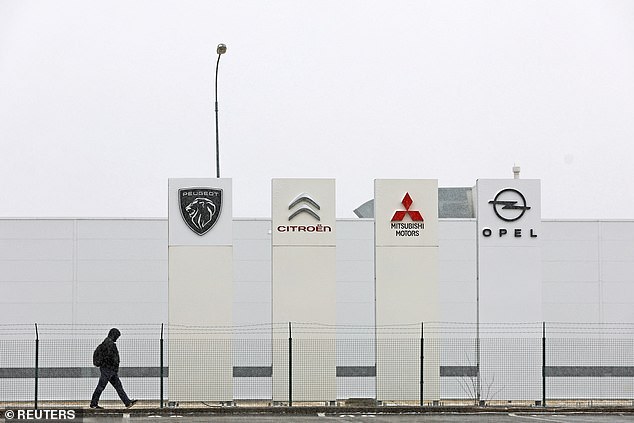 Vauxhall owner Stellantis became the latest firm to pull the plug on its operations in Russia.

The car maker, which is one of the largest in the world, suspended its vehicle production in the western city of Kaluga to comply with sanctions and ‘protect its employees’.

The firm, which owns Alfa Romeo, Citroen and Fiat, cited the ‘rapid daily increase in cross sanctions and logistical difficulties’ for forcing its decision to halt operations.

Down tools: Vauxhall, which is one of the largest in the world, has suspended its vehicle production in the western city of Kaluga (pictured)

Stellantis said it ‘condemns violence and supports all actions capable of restoring peace’. Last month it donated £830,000 to Ukrainian refugees and civilians.

The company has since moved its production to western Europe after suspending all exports and imports of vehicles with Russia following the invasion of Ukraine.

Further investment into Russia has been delayed, Stellantis added, and chief executive Carlos Tavares last month said they would have to close the Kaluga plant shortly as it was running out of parts.

Volkswagen and Ford have already suspended operations in Russia. Renault indicated it was prepared to end its investment in Avtovaz, Russia’s biggest car maker.