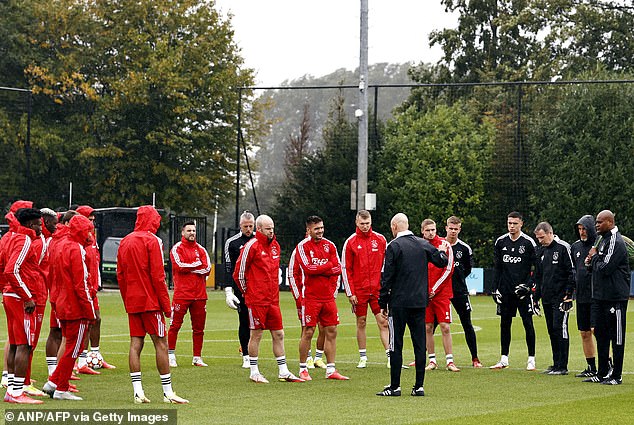 Manchester United’s new manager Erik ten Hag has insisted his Ajax players are ‘really excited’ for him as he prepares to take the Old Trafford post this summer.

The Dutchman was announced on Thursday as the man to take over at United from interim boss Ralf Rangnick on an initial three-year deal running until 2025.

And ten Hag added his players’ support for his new position was ‘beautiful’.

He said: ‘The players are really excited for me, that’s beautiful. I worked at Ajax for a long time and created great relationships.’

Ten Hag went on to reveal his unusual technique to encourage his squad to bond to increase team morale before their crucial clash against NEC Nijmegen on Saturday.

It seemed to work, with Brian Brobbey scoring an 88th-minute winner to snatch all three points and send his side four points clear of title challengers PSV in the Eredivisie table, with four matches left for each this season.

And ten Hag, 52, revealed an unusual technique to raise team morale ahead of Ajax’s crucial 1-0 win against NEC Nijmegen, sealed by a last-gasp winner from striker Brian Brobbey (right)

The 52-year-old ten Hag said after the game: ‘The atmosphere in your squad is key. That’s why I did something different with the squad this week.’

When asked ‘what did you do?’ by a journalist, ten Hag responded in surprising fashion.

He replied: ‘We went gaming, all together… Gaming! Real gaming! The E-Sport way!’