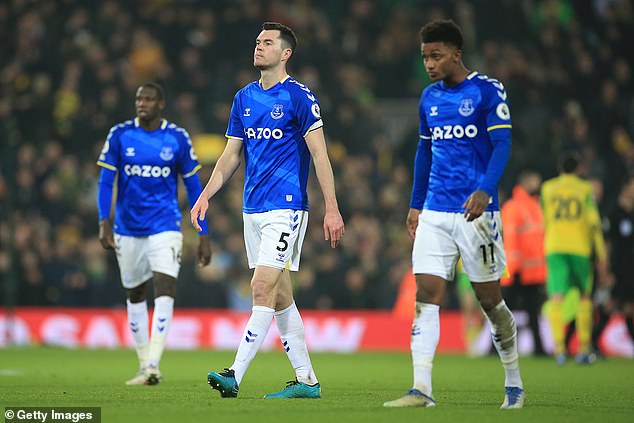 Liverpool supporters are split over whether they want to see Everton relegated or not.

Older fans are more likely to wish ill on the Bluenoses because it removes the only bragging rights they have left – that they’ve been in the top flight longer than Liverpool.

Younger Reds will not want to miss out on the whole raucous derby occasion and a solid six points every season.

Personally, I’d like Everton to survive. It’s good for the city to have two Premier League teams, commercially and atmospherically. The rivalry would be missed if it wasn’t there.

But what’s clear is that, in the past 60 years, the gap between red and blue has never been greater. When I was a kid, Everton was the biggest game because they had their best team under Howard Kendall.

Nowadays, it’s all about Manchester City and, for historical reasons, United.

I’ve been on a tiny rowing boat in the Maldives and people talk to me about my goals at Old Trafford. They never mention I scored at Goodison, which shows where Everton are in the pecking order.

Everton have struggled for a while but to suggest relegation might be good for them is nonsense.

I would like to see them to survive, it’s good for the city to have two Premier League teams

There’s no guarantee they would be able to come straight back up — it took Leeds 16 years — and the impact would be huge.

You can see by Everton’s injury-time equaliser against Leicester how much staying up means.

Things have gone wrong all season, from the moment anger and frustration was expressed by supporters in appointing former Liverpool manager Rafa Benitez.

Their current predicament is not all Frank Lampard’s fault, but in the modern game it would be hard to see him surviving relegation.

Fans would feel he had enough time to make an impact and judging on past form, owner Farhad Moshiri would be likely to say: ‘He’s failed, bring another one in’.

It was good to see Dele Alli come off the bench on Wednesday and help assist Everton’s goal.

His January arrival was a calculated risk and one that hasn’t worked out so far. It’s a big few weeks coming up for him now.

I don’t think Lampard would have demanded to sign Dele, but when the opportunity came up he probably thought it was worth a try.

Up close, he’s seen why Dele has struggled, hence the lack of game time. I’ve seen when he’s been on the pitch that he hasn’t looked at his physical best. That can sometimes have its root cause elsewhere. If you are lacking confidence, you see it in your body.

Let’s hope his Leicester cameo is a turning point — he needs to back it up. This is a guy who was a starter in England’s run to the World Cup semi-final and is still only 26. If he needs inspiration, he should look at Ruben Loftus-Cheek, who has come through bad injuries and being shipped out on loan by Chelsea to win his place in their team.

For players who make it big at a young age, like Dele, there are so many potential pitfalls.

How do you handle wealth? What is your support network like when you have bad times? Are you being honest with yourself rather thanmerely putting on a brave face?

Everton need him and if he can be their saviour, it will be a wonderful redemption story.

It is Lampard’s misfortune to be facing Liverpool on Sunday at a time when they look at their peak chasing a Quadruple.

I thought Thiago Alcantara had his best Liverpool game against Manchester United last week. He was a joy to watch, passing through the lines with wonderful disguise. He also looks fitter than at any other time and had the legs to fill in spaces, block tackles and intercept.

Lampard must only hope Jurgen Klopp holds him back for the Champions League semi-final against Villarreal.

The Toffees are playing Liverpool at a badtime, with the likes of Mo Salah and Diogo Jota on fire

The intensity of the front three is extraordinary. No other team could afford to leave out Diogo Jota or Roberto Firmino but even those two don’t have the dynamic energy that Salah, Mane and Diaz carry.

Salah is looking sharp again and regular readers will be aware Mane is my personal favourite. He’s so versatile, threatening with the ball and the best defensive forward I’ve ever seen.

If you were going to vote for a Footballer of the Year now, you’d have to go Salah and he also looks nailed on to win the Premier League Golden Boot. But he, and Klopp, will know we are coming to the business end of the season.

I can’t see Liverpool taking Everton lightly. The Kop will cheer anything that takes them closer to the title and for a lot of them the prospect of helping send Everton down will be an extra source of joy.