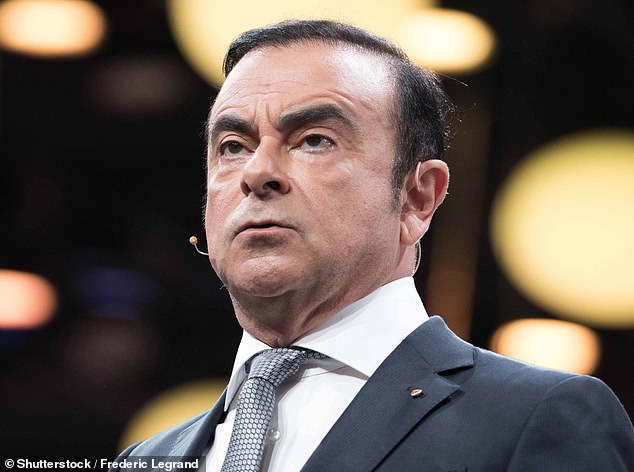 Nissan’s former boss has reacted with shock after French authorities issued a warrant for his arrest.

Carlos Ghosn was first detained in Japan in 2018 on charges of misconduct after allegedly underreporting his pay for five years as head of the car giant, which at the time was in an alliance with rivals Renault and Mitsubishi. He denied any wrongdoing.

The 68-year-old staged a daring escape from the country as he awaited trial.

Shock: Carlos Ghosn’s lawyer told the BBC the warrant was ‘surprising’ given that the businessman had ‘always co-operated with the French authorities’

He crossed the streets of Tokyo in disguise before being bundled into a music equipment case and fleeing to his native Lebanon to avoid extradition.

But France has now issued five international arrest warrants for the businessman as part of a separate investigation.

The probe is focused on allegations of suspicious payments involving Renault-Nissan’s distributor in Oman and from a Dutch subsidiary to consultants as well as lavish parties held at the Palace of Versailles outside Paris.

Ghosn’s lawyer told the BBC the warrant was ‘surprising’ given that the businessman had ‘always co-operated with the French authorities’.