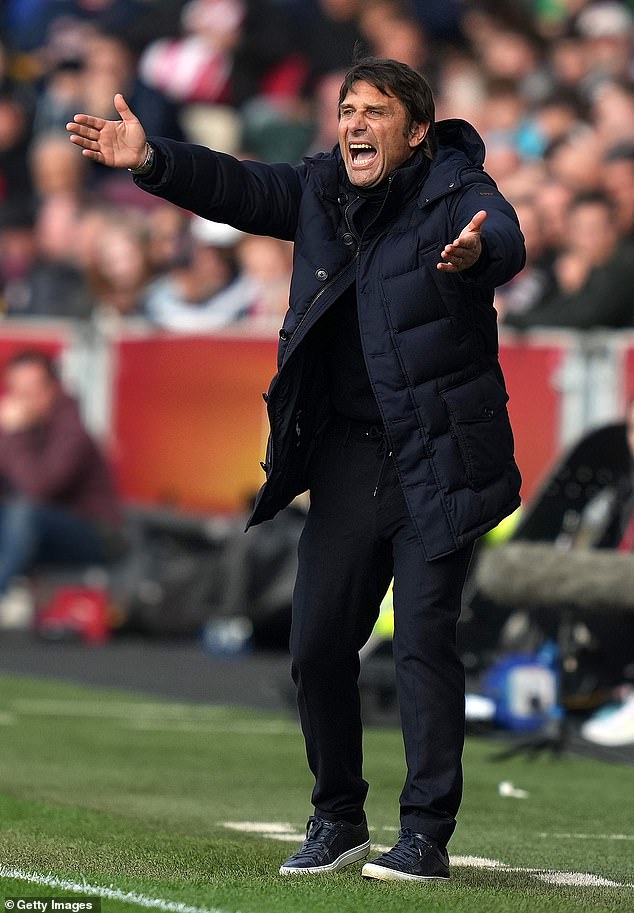 Former Tottenham striker Jermaine Defoe has said his old side still have the edge over north London rivals Arsenal despite dropping points at Brentford.

Saturday proved to be a good day for Arsenal, with them beating Manchester United to all but end their top four hopes and later seeing Spurs drop points away to Brentford.

However, Defoe, speaking on Sky following the 0-0 draw with Brentford, believed Spurs still had the edge over Arsenal owing to ‘winner’ Antonio Conte.

‘Conte is a big factor. He’s a winner,’ he added. ‘His record speaks for itself. ‘

‘Pochettino wanted to coach the younger players, with Conte any young players who come through they have to be ready to play because he just wants to win. That’s why I’m so confident.’

Jamie Redknapp, who was on punditry duty alongside Defoe, expressed how big a moment it would be for either club to get top four.

He said: ‘Why it’s so big for both of these clubs, whoever gets fourth, it’s just a totally different proposition for players to come and play in the Champions League.’

‘If it’s Arsenal, that can be the next step that they make. It would be huge for Mikel Arteta, for his credibility, to beat Antonio Conte,’ he added.

‘It could either way this one and that’s why it’s going to be so interesting. That north London derby is going to be one of the biggest in years.’

Meanwhile, Redknapp also paid tribute to the impact Christian Eriksen is having at Brentford and said the Dane is a ‘really good fit’ for the club.

‘It just feels like a really good fit. It was a no brainer from Brentford’s point of view to bring him in, nothing to lose,’ he said.

‘He just makes the game look so effortless. He looks better than ever and he’s playing against top players. Every game he plays, he’s just been at such a high level. He’s enjoying every single second of it.’

He added: ‘London is a massive pull for him. He’s very happy where he’s living, he’s got a young family. I would like to see it [stay at Brentford]. He’s a fantastic footballer, a good lad. Everyone would want him in their squad.’