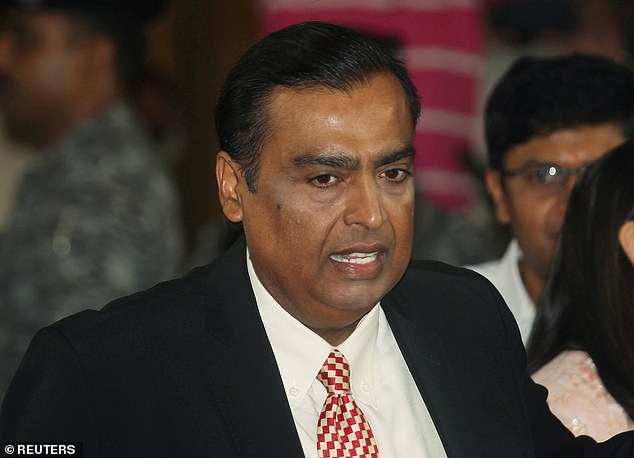 Ambani’s Reliance Industries is working with New York-based Apollo on a deal that could see the High Street chemist open in India and across Asia.

Sources told the Financial Times that 65-year-old Ambani, the world’s eighth richest man, would take a stake in Boots alongside Apollo, though it was unclear how the company would be split up.

Joint bid: Indian billionaire Mukesh Ambani, the world’s eighth richest man, is working on a deal that could see the UK’s biggest chemist open sites in India and across Asia

The battle to buy the 173-year-old business rumbles on, with a winner unlikely to be announced before June.

Britain’s biggest chemist has been up for sale since January as its owner, US giant Walgreens, looks to increase its focus on US healthcare.

Other bidders who have made pitches include private equity giants TDR Capital and Sycamore, which is also interested in Ted Baker.

Boots chief executive Seb James stressed this month that there was ‘a lot of interest’ in the business amid fears the £7billion sale was stalling.