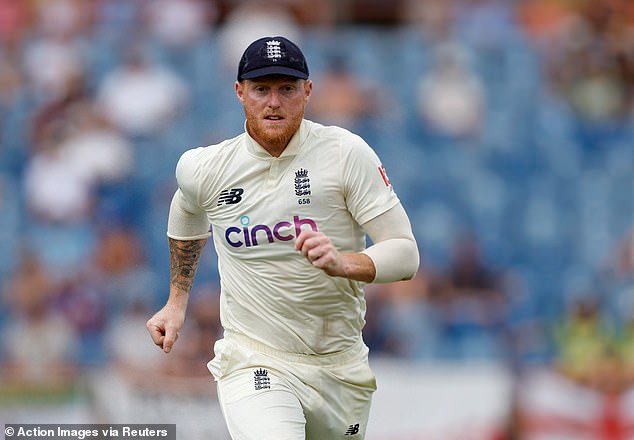 ‘He epitomises everything we need’: England chief Rob Key backs new captain Ben Stokes to make the Test team great again – and confirms dropped bowlers James Anderson and Stuart Broad are in line for a recall

Ben Stokes was backed to make England great again on Thursday by the man who took the ‘easy’ decision to make him Test captain.

Rob Key, England’s new managing director, feels Stokes will relish the added pressure and responsibility after confirming him in the highest office in the English game on Thursday.

‘It was pretty simple in the end,’ said an impressive Key at Lord’s. ‘If someone is keen, like Ben was, they can tell you what you want to hear. So I talked to a lot of people who know him, those around him, and every single one of them felt he’d be an excellent captain.

‘Then, when we sat down, we were aligned in our thinking. Ben plays the way I wanted to. He epitomises everything our red-ball team needs. I just want him to go out and lead from the front. He genuinely thinks he’s the best person to lead England and I agree.’

The former Kent captain and Sky pundit has no concerns about the extra workload on an all-action, whole-hearted, multi-format and above all pivotal cricketer who last year took an extended break from the game to protect his mental health.

‘I’ve no doubts about this after speaking to people who know him better than I do,’ said Key.

‘The last two years have been as tough for English cricket as it has ever been. I would argue that living in bubbles has meant the mental health of all players has taken a hit, to different degrees. And now we’ve got to move on from that.’

There were also encouraging words for both Jimmy Anderson and Stuart Broad, controversially left out of England’s tour of the Caribbean and seemingly consigned to history by Sir Andrew Strauss when he was interim managing director before appointing Key.

‘I spoke to them both when I was announced in this job and said ‘look, I know coaches are going to be coming in but for my money you guys are available for selection for the first Test’.

‘Then, when I met Ben, one of the first things he said was ‘I want the best team out there and Jimmy and Broady are part of that.’ They were both on great form when I spoke to them and there’s no reason why they won’t have a big part to play.’

Key is ‘optimistic’ England will have a new Test coach in place ahead of the first of three Tests against New Zealand at Lord’s on June 2 that kicks off a busy summer of seven difficult matches against the Kiwis, India and South Africa.

He has already sounded out Gary Kirsten, the favourite, Simon Katich and Ottis Gibson about the job.

‘There are some good names coming in from English and world cricket,’ he said. ‘I’m trying to find out about the ones I might not know so much about.’

Key also wants to return to a selection panel after the ill-fated decision of Ashley Giles to hand total responsibility to former coach Chris Silverwood.

But he added: ‘I haven’t got an answer in my head yet as to who the best person is,’ for the returning role of national selector.