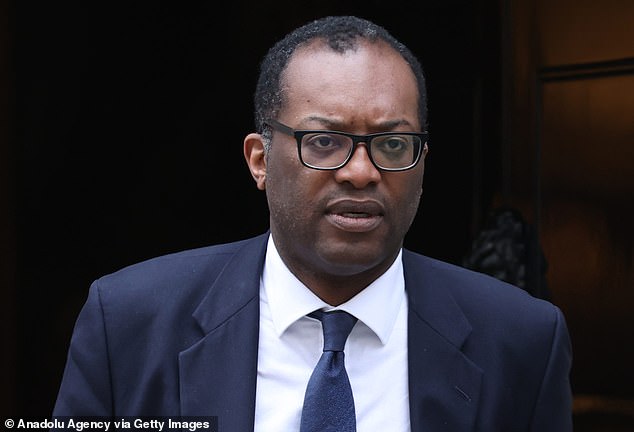 The controversial takeover of defence firm Ultra Electronics has moved a step closer after the Business Secretary agreed to further talks with the private equity bidder.

Kwasi Kwarteng (pictured) will hold discussions with US firm Advent International, which is trying to buy Ultra through British defence group Cobham, a company it already owns.

Fresh talks over a £2.6billion buyout – rather than a probe by competition regulators which could see the takeover blocked – indicate the deal could get the green light.

Talks: Kwasi Kwarteng (pictured) will hold discussions with US firm Advent International, which is trying to buy Ultra through British defence group Cobham, a company it already owns

The Department for Business, Energy and Industrial Strategy (BEIS) said it was ‘continuing to work’ with the firms involved.

In response, Ultra said it had ‘worked proactively and collaboratively’ with BEIS and regulators.

Ultra is seen as a highly strategic British firm because of its work for the military, which includes making submarine-hunting kits.

Kwarteng has faced calls to block the takeover amid fears the UK’s defence industry is being hollowed out after other firms, including Cobham, were sold to US companies.