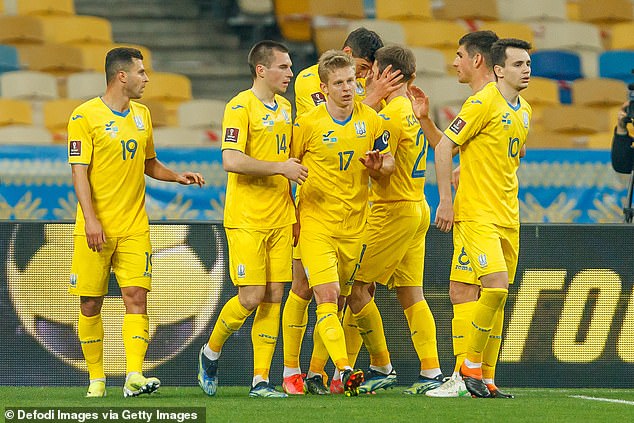 Ukraine’s first fixture since the country was invaded by Russia has been announced, with a friendly in Germany serving as preparation for their World Cup play-off against Scotland.

Bundesliga outfit Borussia Monchengladbach will host Ukraine on May 11 with all profits from the game donated to charitable causes for the Ukrainian people.

Chief executive Stephan Schippers told the club website: ‘We’re very happy to be able to help the Ukrainian FA through this game, and hope that as many football fans as possible from all over the country come to the stadium and make a donation to a good cause by buying a ticket to the match.

‘All Ukrainian citizens will have free entry to the game.’

Ukraine have not played since a 2-0 win away to Bosnia-Herzegovina in November secured their place in the 2022 World Cup play-offs.

Their play-off semi-final against Scotland had been due to take place on March 24.

But the tie was delayed for over two months after Ukraine was invaded by Russia on February 24.

Scotland will host Ukraine at Hampden Park in Glasgow on June 1.

The winners will play Wales in Cardiff four days later to decide the final European place at the World Cup in Qatar.

The title will not be awarded due to continuing martial law in the country.