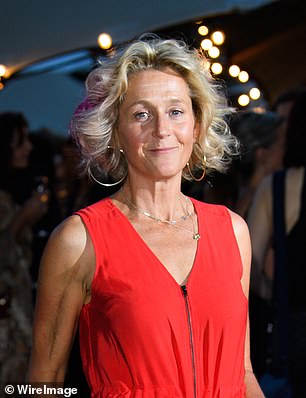 Warning: Martha Lane Fox says the UK is missing out

Tech entrepreneur Martha Lane Fox said Britain is missing a ‘mammoth opportunity’ to create more large technology businesses – as she prepares to pick up £1.4million from the sale of Twitter.

She is in line for a payday from Elon Musk’s $44billion (£35billion) takeover of the social media site.

Lane Fox has a shareholding in the company after joining as a director in 2016. The world’s richest man last week agreed a deal to take control of the social network, which has more than 200million users.

The tech champion has since held roles at Channel 4 and Marks & Spencer and took a seat in the House of Lords in 2013.

She declined to comment on the Twitter deal, but issued a rallying cry to UK tech businesses.

Lane Fox told the MoS that Britain’s start-up scene is ‘unrecognisable’ from 20 years ago with ‘more energy, credibility and businesses’.

She added: ‘I think we are still missing a mammoth opportunity to create more successful businesses by unlocking more diversity – regionally, in gender, in wider socio-economic groups – there’s so much upside.’

Lane Fox is a board director of fashion brand Chanel and data business WeTransfer. She also co-founded karaoke business Lucky Voice, which she said is ‘flying’.