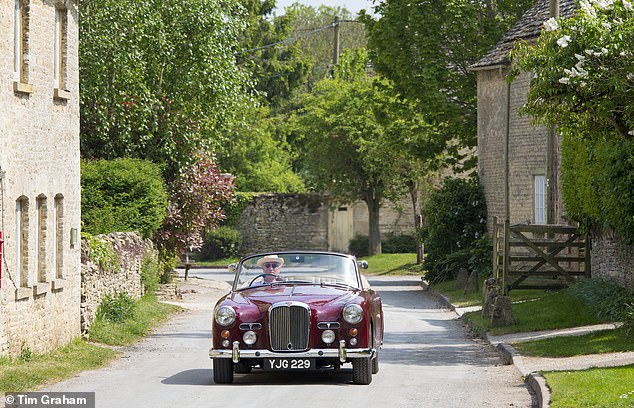 How posh is YOUR town? Britons claim that a Kuoni travel agent, hydrangeas everywhere and residents driving estate cars from the ’90s are the signs of an upmarket area

With average property prices across the UK at a record high, spending a lot of money on a property does not necessarily guarantee you’re living in what’s consideried an ‘upmarket’ area.

Now people from across Britain have taken to Reddit to reveal what they think are the attributes of truly ‘posh’ towns, from residents with 25-year-old luxury estate cars that they only use for occasional journeys to pheasants in the window of the butchers.

Others insisted a Kuoni travel agent, an abundance of hydrangeas and charity shops where you can’t afford anything are the true markers of an affluent area.

The discussion began after a man said that despite his area boasting bespoke cake shops and bistros, he doesn’t think it’s particularly posh.

People from across the UK have revealed the key indicators of an affluent area, including the types of High Street shops and cars owned by residence (file image)

Posting on Reddit, the man said his area has bespoke cake shops and bistros but isn’t particularly posh

From a vintage estate car to yacht dealers, Brits reveal the signs of an affluent area

The man started the conversation on the Casual UK subreddit, writing: ‘What are some things you absolutely only ever find in a posh area?

‘I was thinking of things like bistros or bespoke cake shops, but nope. There’s some near where I live, and that’s not posh.’

Many responses to the thread listed the types of shops they’ve only spotted in affluent areas.

One person wrote: ‘Butchers shops with whole pheasants hanging on display with the feathers still on.’

A fourth added: ‘Charity shops that have items in them you can’t afford.’

Many responses to the thread claimed rich areas have High Street shops selling items for expensive hobbies – including yachts, hunting and horses

Others claimed they judge the wealth of an area depending on the types of cars and clothes the people living there own.

A fourth commented on residential areas saying ‘electronic gates over the driveway with an intercom’, while another added ‘streets where the houses have names rather than numbers.’

Speaking about activities available in posh areas, one person wrote: ‘Car boot sales that are more like the antiques roadshow than a flea market and more likely to be in a nice meadow next to a church than say, the asphalt carpark of a local smelting factory.’

A third commented: ‘Every child is in private education or they have a ‘Norland’ nanny if they are too young for school.’

A fourth added: ‘Restaurants that don’t have prices on the menu.’