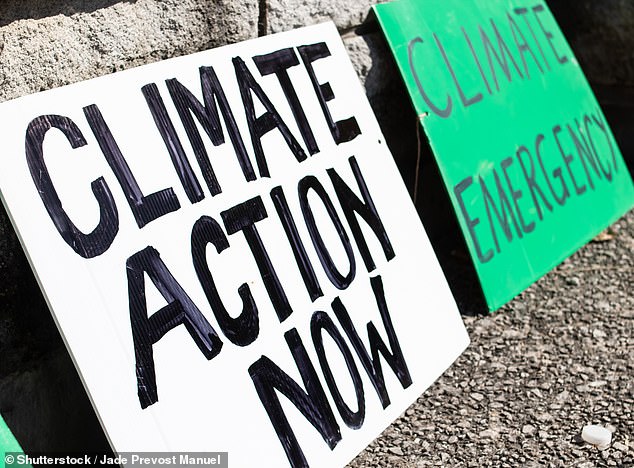 Two of Britain’s biggest banks were targeted by climate change protests yesterday as activists glued themselves to chairs and heckled board members.

At the Barclays meeting in Manchester, three people superglued their hands to chairs while 21 more interrupted chairman Nigel Higgins for more than an hour, saying it was ‘morally bankrupt’.

It was accused of ‘greenwashing’, a term for policies appearing to show action is being taken on climate change but which have no substance. At Standard Chartered’s meeting in London, protesters wore masks featuring the face of chief executive Bill Winters sporting devil horns.

Extinction Rebellion and sister movement Money Rebellion claimed responsibility for the protests, which managed to go ahead despite strict security checks.

Other shareholders not associated with the campaign groups also piled in. One asked whether Barclays would stop serving companies involved in the extraction of oil and gas. Higgins said: ‘No, not at the moment. We have to balance energy security, energy poverty and the climate.’

Campaigners claim Barclays is the ‘worst bank in Europe’ for funding fossil fuels, having ploughed £15.7billion into the industry in 2021. Standard Chartered financed the industry to the tune of £4.8billion last year.