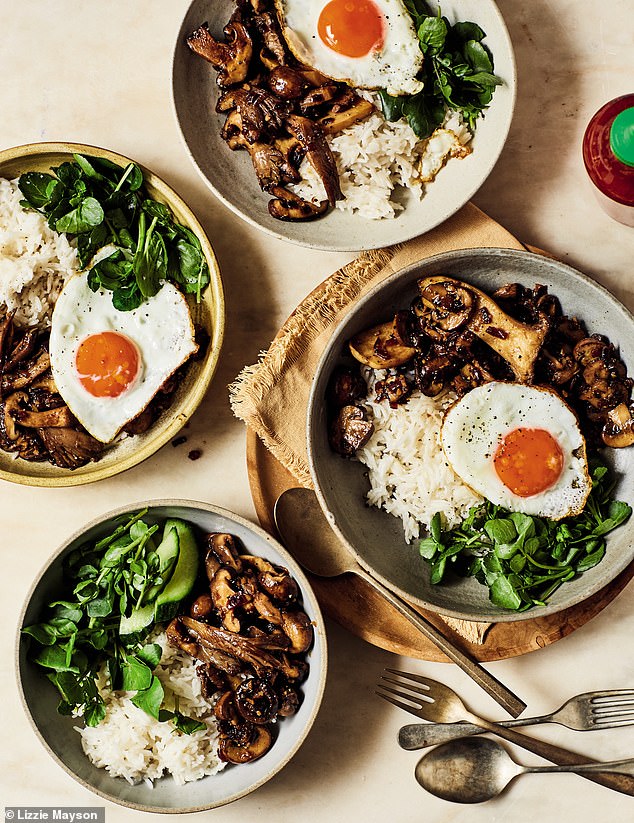 Plates to pick you up: Shiitake mushroom adobo

The key flavours of Filipino adobo are garlic, vinegar, black pepper, soy sauce and bay leaf. I grew up on chicken adobo. This mushroom version is super delicious and simple. Traditionally, adobo is served with white rice, which I’ve made extra delicious by cooking in coconut milk, but some of my Filipino aunties (my Titas) will tell you that they have adopted quinoa later in life and love it as much as rice!

300g shiitake mushrooms (or something equally special and firm such as oyster), roughly sliced

Some sliced cucumber or 1 big handful of watercress, to serve

A squeeze of your favourite chilli sauce