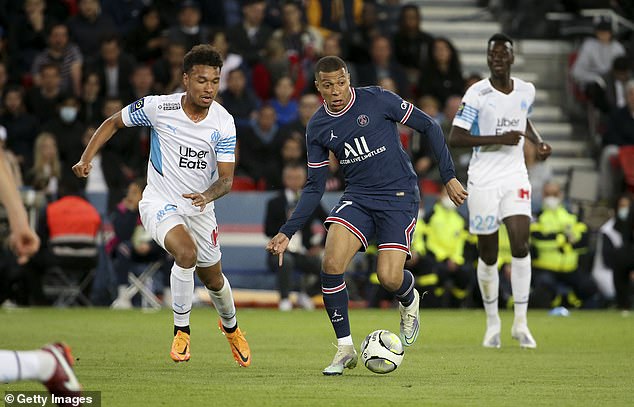 By Simon Jones and Lee Davey For Mailonline

The 22-year-old is a free agent and has interest from Atletico Madrid also but is keen on a move to the Premier League. Villa boss Steven Gerrard and Villa staff watched Kamara in action against Nantes last month.

Kamara has been in excellent form for Marseille this season but the French side desperately need to free up space on their wage bill, meaning that parting of the ways with their homegrown star is inevitable.

The combative midfielder has made 45 appearances this season and played a key part of Marseille’s second-placed league position as well as the club’s run to the Europa Conference League semi-finals.

Villa want to wrap up the signing of a holding player quickly and will look to add another midfielder, striker and defender.

Atletico Madrid’s Geoffrey Kondogbia, Yves Bissouma of Brighton and Leeds’ Kalvin Phillips are others who have been discussed.

Meanwhile, Villa defender Kortney Hause is keen for a fresh start. The 26-year-old saw a move to Watford fall through in January and has struggled for game time under Gerrard.