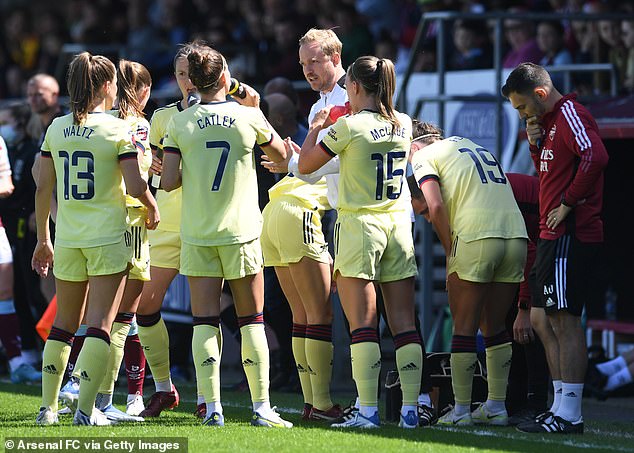 Arsenal Women’s manager Jonas Eidevall plans to have his team face the boys’ Under 16s in an attempt to get them ready for the teams they’ll face in the Champions League.

Eidevall’s Arsenal side missed out on the Women’s Super League title despite beating West Ham on the final day.

Chelsea’s 4-2 win against Manchester United saw them crowned champions, finishing a point above the Gunners.

Speaking in the wake of the final day, Eidevall told The Athletic: ‘we have to have a good cooperation with our boys’ academy to involve them in practices and internal games, so we can play against something more physical and faster than we will ever play against in the Champions League, in order to set the benchmark,’ the Swede says.

‘That’s an astonishing opportunity that most football teams around the world would give everything in order to do; to see if we can make our training harder than the games.

‘That’s more something to speak to Per Mertesacker (Arsenal boys’ academy manager) with. Under-15 or 16 is usually a good age group where the physicality hasn’t grown so much on all the players. They are a little faster than our players but it’s not impossible to play against.’