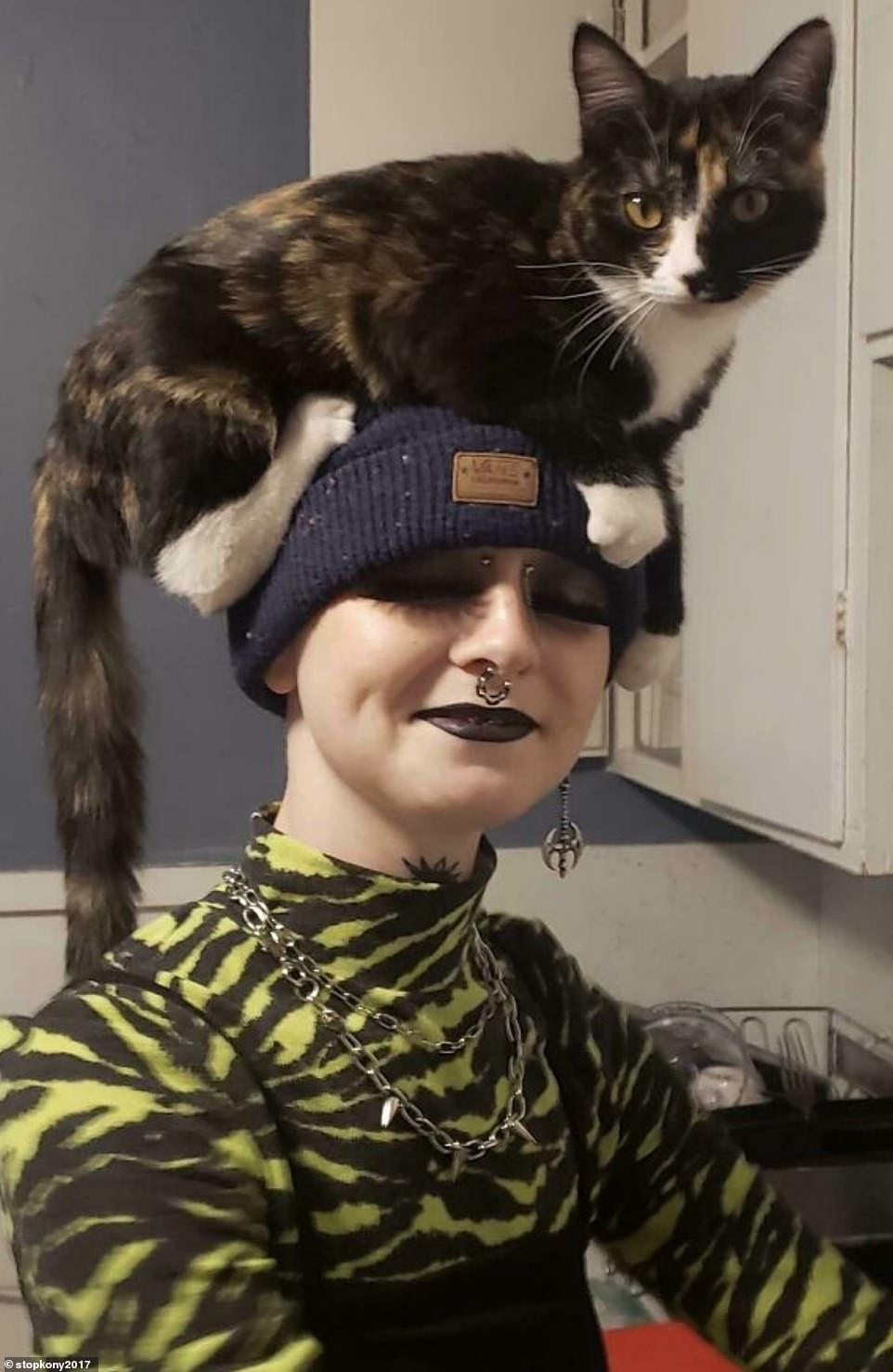 Feline strange! Pet owners share hilarious snaps of their cats relaxing in VERY awkward positions – from perching on top of a person’s head to snuggling into a water jug

It’s thought cats will sit in any spot they can squeeze themselves into. And felines in this hilarious gallery curated by Bored Panda have really taken the pursuit of finding somewhere to sit to the extreme. Here, FEMAIL shares the best photos showing the silliest cats who will quite literally sit anywhere they fit.

Ever found fur in the most unlikely of places? If you have a cat, you may want to make sure they aren’t sitting in them!

It’s a well-known fact that most cats are not scared of heights. This cat, who lives in the States, is proof of that: it perches on top of a yoga ball, on top of a tall cupboard.

A rubbish place to take a nap? This cat looked totally content when snuggling down in a bin.

This cat in the US could have chosen to sit in his expensive bed. Instead, he opted to cozy down in a cold, hard, free, cardboard box.

You wouldn’t have thought that squishing into a tight spot in between a box, vase, and windowsill would be a good place to nap, but this cat obviously thought otherwise.

It may take you a while to spot the moggy  in this photo, but once you’ve seen those beady little eyes, you won’t be able to un-see them.

This cat from the States seems confused as to whether she is a kitten or a boot, squeezing herself into a little spot on the shoe rack.

Most cats don’t like the water. Perhaps this one does, or perhaps she is just trying to fit in with her surroundings and spy on the humans.

This sweet little feline, thought to live in the UK, made the odd choice to use a solid wooden door (instead of something soft!) as a pillow.

That looks like a tight squeeze! This US-based moggy has chosen to ignore all the cozy spots in the house, and to pack themselves into a small, hard drawer instead.