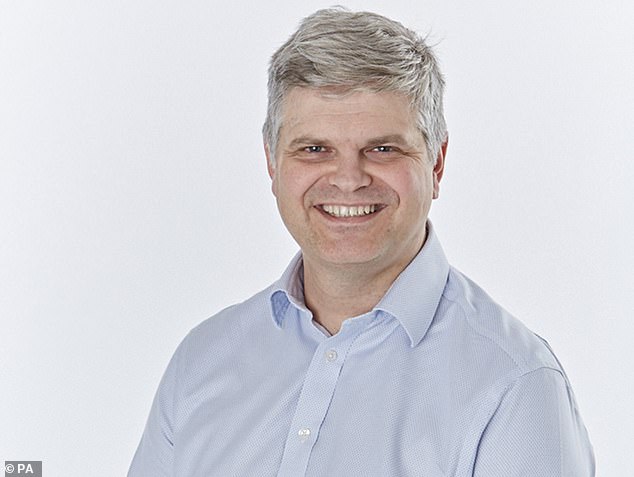 Property website Rightmove has announced its long-standing boss Peter Brooks-Johnson will leave the company next year.

Brooks-Johnson, 49, who has been at the company for more than 16 years – five of which have been in the top job – said now was ‘an appropriate time to seek a new challenge’.

He will carry on working until February 2023, when the company unveils its full-year figures, to help finding a new successor and ensure a a ‘smooth and orderly handover’.

Departing: Peter Brooks-Johnson said he was leaving ‘to seek a new challenge’

The group said it is now launching the search for his successor. Rightmove shares fell 4.2 per cent to 535p in early trading.

The stock has risen by around 25 per cent since early 2017, the year Brooks-Johnson took over as chief executive, having been at the company since 2006 in other capacities.

But the stock has fallen by a third since the start of the year after hitting an all time high in December 2021.

The company has been benefiting from a housing boom during the pandemic.

Last year, profits jumped by more than two thirds to £225.6million as the business said that the number of customers using its upgraded package doubled in 2021.

The business saw revenue per advertiser on the property site leap 9 per cent compared with 2019, before the pandemic struck.

Brooks-Johnson said: ‘With Rightmove progressing well on its mission to make home moving easier and our strong trading from 2021 continuing into 2022, I have decided it is an appropriate time to seek a new challenge.’

Rightmove chairman Andrew Fisher said Brooks-Johnson had made a ‘significant contribution to the success of Rightmove over the past 16 years’.

‘Whilst we are disappointed that he will be leaving the business, we understand his decision,’ he added.

Victoria Scholar, head of investment at interactive investor, commented: ‘Brooks-Johnson took the top job at a time when Rightmove was successfully growing alongside its share price.

‘Under his tenure, the share price has gained by around 25 per cent, faring particularly well during the pandemic as a stay-at-home stock with many browsing homes online and thanks to the stamp duty holiday.

‘But like many stocks, 2022 has been extremely challenging with shares down 30 per cent since the January high, testing one-year lows with the potential for further declines if the house market starts to peak and interest rates push higher.’