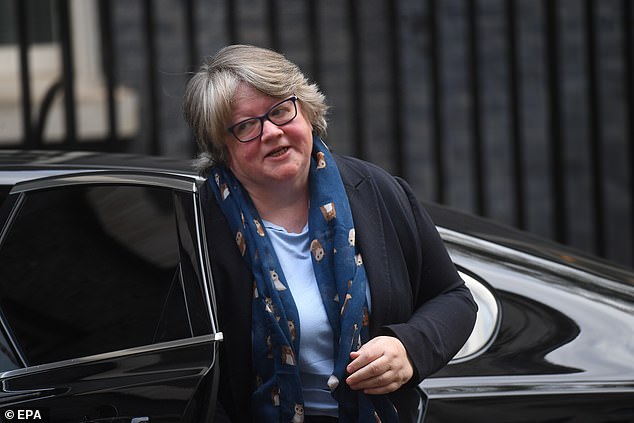 By David Churchill Transport Editor For The Daily Mail

Teenagers may be allowed to drive lorries and minibuses under plans being considered by ministers to deal with driver shortages.

The proposal involves scrapping European Union rules which the UK adopted 25 years ago that set limits on the types of vehicles newly-qualified drivers can jump behind the wheel of.

Work and Pensions Secretary Therese Coffey is said to be calling for the change.

She is said to believe it would create a bigger pool of drivers which supermarkets and logistics businesses could use to alleviate pressures on supply chains, The Sunday Times reported.

However, allowing younger and less experienced drivers behind the wheel of larger HGVs is likely to prompt criticism from road safety campaigners.

Britain’s shortage of lorry drivers is estimated to be up to 100,000.

It has hindered the speed at which shop shelves are re-stocked and fuel is delivered to forecourts.

Government officials are also considering relaxing MoT requirements so that drivers only need to get vehicles tested every two years rather than annually as part of plans to ease the cost of living.

However, motoring groups such as the RAC and AA say this would make Britain’s roads less safe.

Until 1997, once they passed their test, British drivers were automatically entitled to drive heavier vehicles up to 7.5 tonnes.

But this ceased after the UK adopted new EU licence categories, with new drivers having to undergo further tests to drive heavier vehicles.

Older motorists who qualified before this date retained the right to driver heavier vehicles under so-called ‘grandfather rights’.