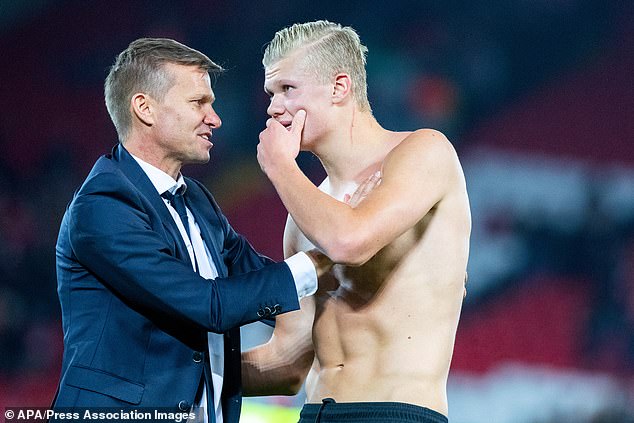 Jesse Marsch says he wishes Erling Haaland was coming ‘back home’ to Leeds but believes he will turn Manchester City into an unstoppable force.

The Norwegian superstar striker was born in Leeds, who his dad Alf-Inge played for from 1997 to 2000 before signing for City.

Current Whites boss Marsch managed Haaland for the first half of the 2019-20 season when he was in charge of Red Bull Salzburg in Austria.

And asked about his former player’s move to City – which was confirmed on Tuesday afternoon – Marsch said: ‘I wish he was coming back home here to Leeds.

‘This is his hometown and birthplace but I understand the decision for him to go to Manchester City.

‘He is destined to be one of the best players in the world. It’s his quality but also his talent.

‘It’ll be interesting. He’s an explosive player in transition and Man City often play a lot in possession.

‘He can play any style of play but I certainly believe it makes Man City – one of, if not the best team in the world – even better.

‘Credit to them for getting that done and I always wish the best for Erling. He’s an incredible human being.’