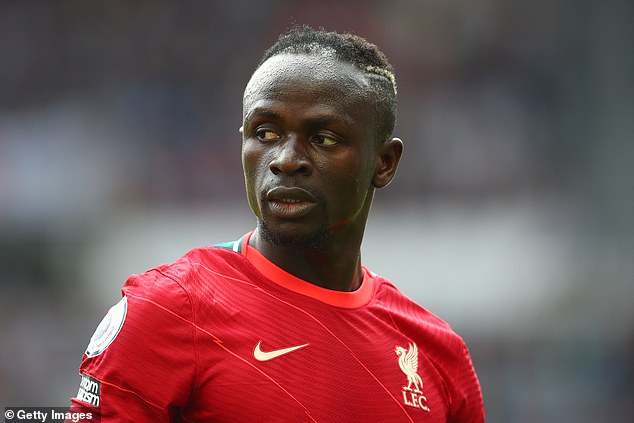 ‘If he goes, I’ll be fuming’: Angry Liverpool fans react to news that Sadio Mane could join Bayern Munich… as they accuse the Reds of making the Senegalese forward feel ‘irrelevant’ in comparison to Mohamed Salah

Liverpool fans are unsurprisingly not happy that Sadio Mane has emerged as a summer transfer target for Bayern Munich.

The news has caused shock among Reds officials and supporters alike, with Mane having played an instrumental role under Jurgen Klopp since signing from Southampton in 2016.

‘Sadio Mané leaving for Bayern would deeply hurt me,’ one fan tweeted on Monday.

‘If Sadio Mane leaves for Bayern I will actually cry,’ echoed another.

‘Don’t do this to me man,’ a third said. ‘I’m gonna plaster myself on the runway if Mane tries going Bayern. Not gonna happen.’

Mane will enter the final year of his contract at Anfield this summer and so far no significant discussions have taken place about extending his stay.

Mohamed Salah is in the same position, but Liverpool have made considerably more effort to offer the Egyptian a new deal.

It is claimed that this could encourage Mane to seek a new challenge and Reds supporters have slammed the club as a result.

‘Gutted if Mane leaves but been saying for months he must be fuming with the club and the fans for acting like his contract was irrelevant compared to Salah’s,’ one fan tweeted.

‘If Mane goes I’ll be fuming should be just as much as a priority as Salah is,’ another added.

Mane and Salah are linchpins in Liverpool’s side and it seems inconceivable that they will both have less than 12 months left on their contracts come the start of next season.

‘The contract negotiations with Mane and Salah need resolving asap,’ a fan tweeted. ‘I am not ready for a reality where either one of them leave.’