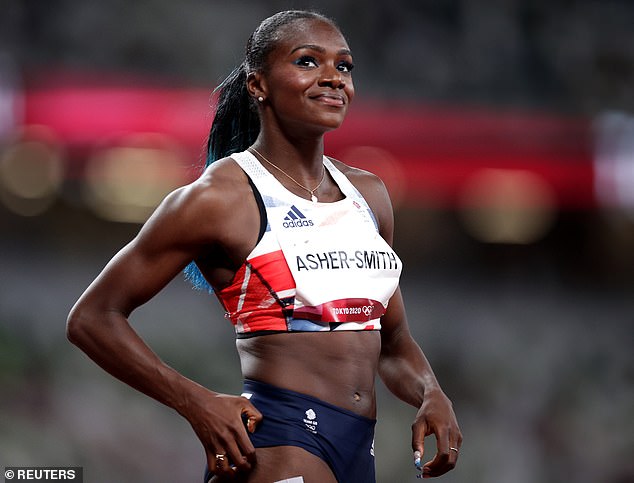 Dina Asher-Smith begs UK Athletics to keep using the London Stadium due to its Olympic legacy, as they consider cashing in on £15m chance to move their events AWAY from the capital

Dina Asher-Smith has called for UK Athletics to retain their foothold in the capital amid talks that could see the cash-strapped governing body sell its right to use the London Stadium.

It is understood UKA are in discussions around a potential deal to relinquish their occupancy of the London 2012 centrepiece for a weekend each July.

They signed a 50-year lease in 2013 on the ground, which houses West Ham, but with a new stadium being built in Birmingham for the Commonwealth Games, fears are growing within athletics that they could cash in for between £10million and £15m and switch away from London.

Ahead of her season-opener in Doha on Friday, where she will run the 200m, Britain’s most prominent athlete Asher-Smith said: ‘We’ve got a really nice new stadium in Birmingham, which I’ll be fortunate enough to try out next week (in the Diamond League meet on May 21).

‘I’m very excited for that and very excited about the Commonwealth Games. But I always think that London is the centre of sport in the UK and it would be amazing to have a base and really use the London Stadium, particularly as it is the Olympic Stadium and it is where the Anniversary Games has been.

‘All the other major sports have their base in London.’

The 200m world champion also confirmed she intends to contest each of the World Championships, Commonwealth Games and European Championships, which fall within span six weeks of a congested summer.

She said: ‘For British athletes it’s the busiest season we’ve ever had. We’ve got the World Championships, then we’ve got a home Commonwealth Games and a week later we have the European Championships.

‘I hold four titles across them so I’m definitely going to be very busy.’