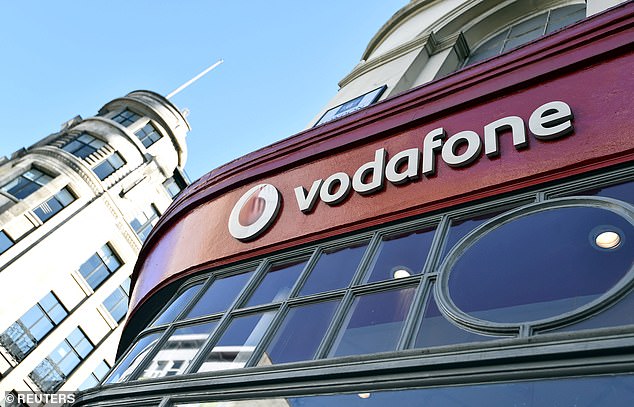 Vodafone is in talks to merge with rival Three in a move to expand its share of the UK mobile market.

The deal, if completed, would combine Britain’s third and fourth-biggest mobile network operators, although it could also trigger scrutiny from competition regulators.

Vodafone faces pressure from activist investor Cevian Capital, which earlier this year took a stake in the group and is pushing for the business to strike more deals in its markets and simplify its structure.

Deal talks: Vodafone is under pressure from activist investor Cevian Capital, which is pushing for the business to strike more deals in its markets and simplify its structure

The mobile operator’s chief executive Nick Read has also stated a desire to pursue mergers in markets he deemed to be suffering from excessive competition, including the UK.

Combining with Three, which is owned by Hong-Kong conglomerate CK Hutchison, would add nearly 10million customers to Vodafone’s books, giving it a total of over 28million.

The numbers would put it just ahead of BT-owned EE, the country’s largest mobile network, which is thought to have around 26million customers.

It would also push O2 into third place with 23million subscribers with Tesco Mobile in fourth with around 5million.

The merger talks were first reported by The Financial Times, citing sources with knowledge of the matter.

A tie-up between the two firms was previously discussed last year, although a deal failed to materialise.

Such a merger would be likely to attract the attention of competition authorities.

But it is hoped that increased awareness of the need to invest more in the UK’s mobile network infrastructure will encourage regulators to approve combinations between larger firms.