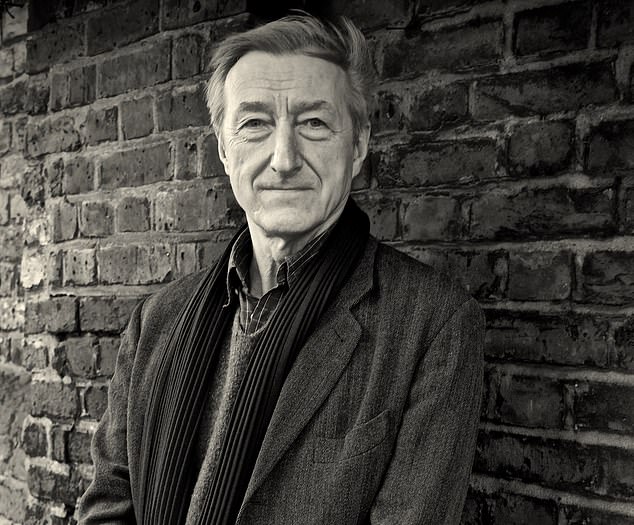 WHAT BOOK would Booker-winning author Julian Barnes take to a desert island?

I always have a Simenon to hand. In my youth I adored his Maigret books; nowadays I prefer his ‘hard novels’, as he called them, in which his mastery of human psychology is laid plain. The one I’m reading at the moment is called Betty.

In the aftermath of the Russian invasion of Ukraine, I’ve just started the only one of Svetlana Alexievich’s books I haven’t read: Last Witnesses, about the experiences of those who had been children in Soviet Belarus during World War II. Her unique method of oral history raises what could look like reportage to something much higher: rightly did she win the Nobel Prize for Literature in 2015.

Julian Barnes (pictured) is currently reading Simenon’s Betty – one of his ‘hard novels’. UK-based author would take The Oxford English Dictionary to a desert island

By my bedside, I have Adam Begley’s biography of John Updike. It doesn’t matter where sleepily I dip in, usually at random, and just for a few pages: it remains a masterly telling of the novelist’s intimately connected life and work.

The 20-volume Oxford English Dictionary, in which every word is not just defined but illustrated with examples of its use from the earliest days, so you get a filtered screenshot of the whole of the English language and much of its literature.

I could browse in it for hours each day and be reminded of many books I’d read and many I hadn’t. And of course when I came to write my Desert Island Novel on papyrus made from chewed palm leaves, my spelling would be impeccable.

Julian remembers being given a hardback copy of Alice In Wonderland

My early reading was the usual boy stuff: Noddy, Biggles, Richmal Crompton, comics. The first book I can remember being given was a secondhand hardback of Alice In Wonderland. And I used to go to the local public library about once a fortnight.

We didn’t get a television until I was ten, and the internet was decades away, so almost all of my information and entertainment came in printed form. Reading was a necessity as well as a joy. All this might sound primitive to the young of today, but I don’t regret it in the slightest.

I’ve always had great difficulty with Emily Bronte’s Wuthering Heights: all those needless, confusing (and implausible) layers of narrative one on top of the other; not to mention the heightened, almost hysterical tone. Whereas I consider her sister Charlotte’s Jane Eyre a great masterpiece.

Other classics I’ve quailed at over the years include Moby-Dick and Tristram Shandy. As for living writers…no, I’m afraid the rule of omerta operates.