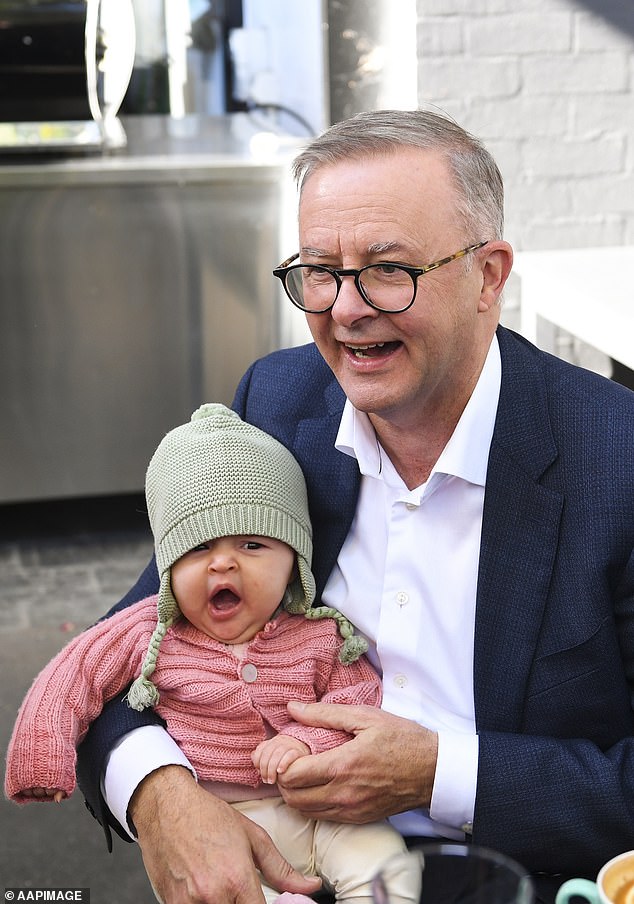 Anthony Albanese is on track to win the May 21 election because inflation is higher than normal – denting the Liberal Party’s claim to be better economic managers.

Like triumphant Labor leaders before him – Gough Whitlam in 1972, Bob Hawke in 1983 and Kevin Rudd in 2007, Mr Albanese is set to politically benefit from a long-term Coalition government seeking re-election when the cost of living and character are the key issues.

The political omens are bad for Prime Minister Scott Morrison because the Liberal Party has previously lost elections after at least three terms in office when inflation was close to three per cent, or higher.

Inflation in the year to March surged by 5.1 per cent, the fastest annual pace since the GST was introduced two decades ago.

Voters are now worried about how high interest rates may go to bring down inflation, adding to the pressure on household budgets.

Liberal prime ministers who lost elections when inflation was high

BILLY MCMAHON: Lost the Coalition’s bid to win a tenth straight term in December 1972 when inflation was at 4.7 per cent before the OPEC oil crisis

MALCOLM FRASER: Lost his bid for a fourth term in March 1983 when inflation was at 11.4 per cent during an era of wage surges, strikes

JOHN HOWARD: Lost his bid for a fifth term in November 2007 when inflation was at 2.9 per cent – at the top of the Reserve Bank’s 2 to 3 per cent target

‘They do complicate the narrative of incumbents who claim to be better economic managers,’ Dr Williams told Daily Mail Australia.

‘Morrison’s only got a couple of strings to his bow: ScoMo, the average Aussie leader’s who’s looking out for you and is representative of Australia and the Liberals are better economic managers and ScoMo’s image has lost his gloss, he’s tarnished.’

Adding to Morrison’s political woes, the Reserve Bank of Australia has raised interest rates during the election campaign for the first time in almost 15 years, as Russia’s Ukraine war pushed up petrol prices and global supply chain constraints made goods more expensive.

The 0.25 percentage point rise on May 3 was the first cash rate increase since November 2010 and marked the end of the era of a record-low 0.1 per cent cash rate.

‘RBA interest rate rises and inflation – they’d be damaging between elections but to have it during a campaign is especially damaging so there’s no doubt that the Coalition has taken a morale hit and a hit to their credibility,’ Dr Williams said.

The Coalition lost office in November 2007 when interest rates went up during the election campaign, ending John Howard’s 11 years in power before the Global Financial Crisis really hit.

Interest rates had been going up since 2002 and voters were worried about more pain to come.

The political omens are bad for Prime Minister Scott Morrison (pictured campaigning in Perth) because the Liberal Party has previously lost elections after at least three terms in office when inflation is close to three per cent, or higher

Howard had won a fourth straight election in October 2004 against Labor’s Mark Latham when inflation was at 2.5 per cent, in the middle of the RBA’s 2 to 3 per cent target.

But he lost three years later to Rudd when inflation rose to 2.9 per cent.

‘John Howard, he was facing off against Kevin Rudd and the most credible Labor Opposition we’d seen in a generation, really,’ Dr Williams said.

Another Liberal PM, Malcolm Fraser, in March 1983 lost his bid for a fourth election victory when inflation was at 11.4 per cent, as wage costs soared during an era of widespread strikes.

He had survived the 1980 election when inflation was at 9.2 per cent by campaigning against Labor leader Bill Hayden’s capital gains tax.

Almost a decade earlier, in December 1972, Billy McMahon became the first Liberal Party prime minister to lose an election when inflation was at 4.7 per cent – a year before the OPEC oil crisis.

‘McMahon didn’t lose because of inflation: he lost because he was Billy McMahon, he wasn’t Gough Whitlam,’ Dr Williams said.

By that time, the Liberal-Country Party Coalition had already had nine straight terms and an uninterrupted 23 years in power.

The Coalition lost office in November 2007 when interest rates went up during the election campaign, ending John Howard’s 11 years in power (the former PM is pictured at Parliament House in Canberra a month before the poll)

Australia’s longest serving prime minister Robert Menzies, the founder of the modern Liberal Party, presided over the highest post-war inflation of 23.9 per cent in the December quarter of 1951 during the Korean War.

But the wool boom occurred during his second term.

He won a fourth term in December 1955, when inflation was at 3.1 per cent, because the Labor Party had split into a new anti-Communist Democratic Labor Party faction.

Hawke is the only federal Labor leader to have won four elections and he achieved his final victory in March 1990 when inflation was at 8.7 per cent.

During the election campaign against Liberal leader Andrew Peacock, the Reserve Bank also raised the cash rate by half a percentage point to 17.5 per cent.

Dr Williams said Liberal Party election ads in 2022 touting four per cent unemployment – the lowest since 1974 – were ineffective because cost of living, childcare and aged care were much bigger issues.

Another Liberal PM, Malcolm Fraser, in March 1983 lost in bid for a fourth election victory when inflation was at 11.4 per cent

‘It doesn’t matter if you’re working too few hours or your wages are too low if you can’t put apples and mandarins in your kids’ lunchboxes for school, you can’t fill up the car.

‘This is lived experience for swinging voters so there’s no doubt these developments have severely damaged the Coalition’s credentials.’

As for Albanese, Dr Williams said the electorate would pragmatically be embracing Labor, despite media coverage of the Opposition Leader failing to answer press conference questions about the unemployment and RBA cash rates.

‘It’s not going to be any love of Albo, it’s going to be more a rejection of the Coalition and Morrison.’