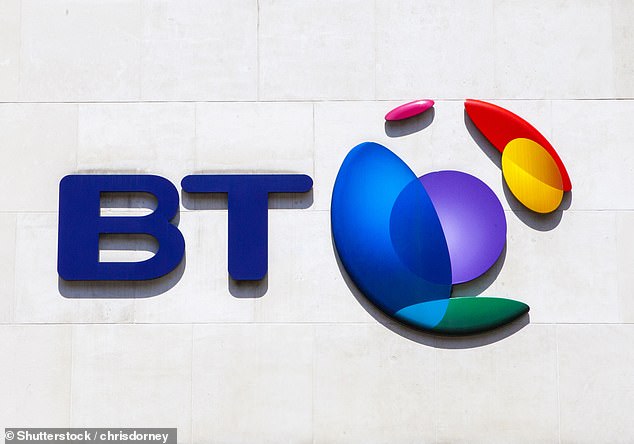 BT has been texting customers as part of the rollout of a controversial phone system that potentially puts millions of vulnerable people at risk if it goes into meltdown.

Following an investigation late last year by The Mail on Sunday identifying serious flaws in the technology, the telecoms giant was forced into an embarrassing U-turn.

It shelved plans to put all 29million UK homes on to so-called ‘digital voice’ phone lines.

Our investigation was praised by telecoms regulator Ofcom for highlighting how ‘999’ emergency services cannot be contacted using the digital voice system if there is a power cut – as the phones only work with an electricity supply.

Bad sign: Earlier this month BT texted customers about the digital voice programme stating: ‘We want to make sure you’re ready to move across’

An estimated 1.5million homes not on the internet are also left high and dry as the phones must also be plugged into broadband sockets to work.

BT wants to replace old copper phone lines with internet cables – forcing all calls to be made using ‘voice over internet protocol’ (VoIP) rather than analogue signals.

Earlier this month BT texted customers about the digital voice programme stating: ‘We want to make sure you’re ready to move across.’

Customers were told to reply ‘READY’ to confirm the switch – or check out the ‘We’re upgrading you to digital voice’ website. No dates were provided for the move.

BT offers a free handset to households before the change that fits in with the new system as many old phones will become redundant.

BT says bills will not rise as a result. Dennis Reed of campaign group for the elderly Silver Voices asks: ‘What happens if you want to call an ambulance and the phone line stops working? This technology is dangerous and could cost lives.’

BT said it had ‘paused forced customer migrations’ but admitted to ‘some exceptions’, adding: ‘We got it wrong by going too early. We aim to restart the programme once we are more confident the right products and solutions are in place.’