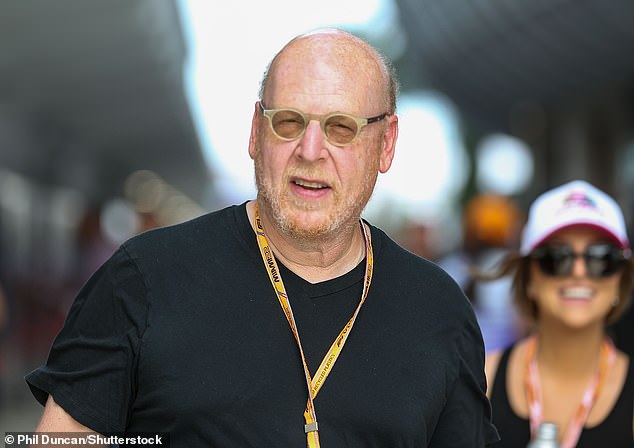 Manchester United owner Avram Glazer has suggested new boss Erik ten Hag will be backed in the transfer market this summer and believes the Dutchman will succeed at the club.

United welcomed in a new era on Monday as ten Hag faced the media for the first time after a turbulent season at Old Trafford which saw them finish sixth and record their lowest Premier League points tally.

Sportsmail revealed last week the club are planning a summer clear out with as man as 10 players expected to leave Old Trafford, with United also expected to bring several names in to begin the rebuild.

And when asked by Sky News at the World Economic Forum in Davos if the funds would be able this summer to invest in new players, Glazer replied: ‘We’ve always spent the money to buy new players.’

However, the United owner could not hide his disappointment at the way their 2021-22 campaign had gone.

The Old Trafford side finished 11 points behind fifth-place Arsenal and 13 points off the Champions League places, while title rivals Man City and Liverpool both finished more than 30 points ahead.

United’s trophy drought dating back to 2017 also extended following their Champions League last-16 exit against Atletico Madrid, and defeats by Middlesbrough and West Ham in the FA Cup and League Cup.

‘I don’t think this is the time to talk about that,’ Glazer said when asked if he was disappointed with the season.

Glazer also gave his backing to ten Hag who has signed a three-year contract with an option for a fourth.

Asked if he was confident ten Hag was the right man to turn their fortunes around, Glazer simply said: ‘That’s why we hired him, he’ll do a great job.’

To do so, ten Hag will have to bridge the cap on Jurgen Klopp and Pep Guardiola’s men, but the Dutchman appeared confident he could break their duopoly.

‘In this moment I admire them both. Liverpool and Manchester City play fantastic football, but you will always see an era can come to an end. I look forward to a battle with them and I’m sure other clubs will want to do that.

‘I don’t see this as a risk. I think this club has a great history and let’s make a future. I’m really excited to do that with the people around in the club – work hard, be 100 per cent committed and I’m sure we will have success.’

However, when asked for a timeframe on a title challenge from United, he said: ‘I don’t think about that at this moment.

‘I’m thinking that this is a project and it takes time. We want to win every game. We go from game to game and then we’ll see.