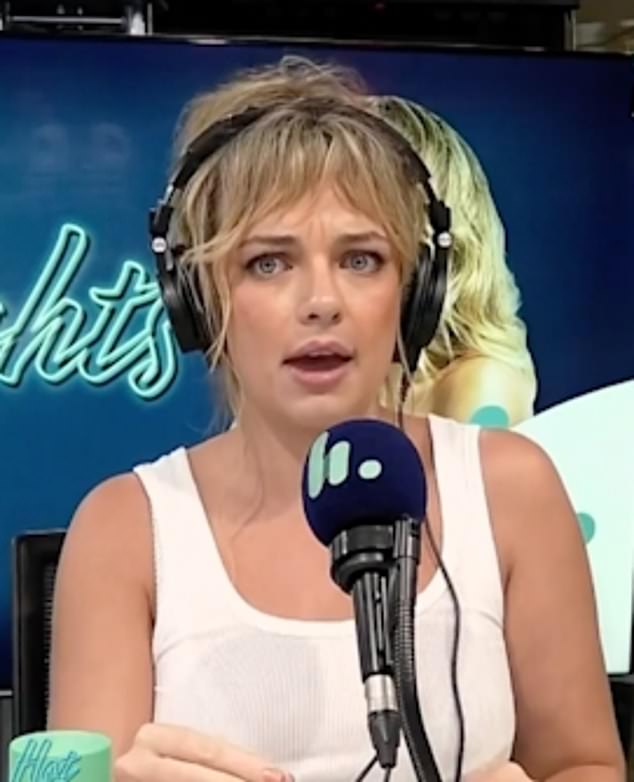 And the former Bachelor star, 26, didn’t hold back in the most recent episode of her It’s A Lot podcast either, blasting the defeated politician with a profanity-laden tirade.

She then vowed ‘never to speak about him ever again,’ before playing a series of clips in which she’d previously roasted the ex-PM.

Chatfield also referred to an infamous photo in which she flipped the bird at a photo of Morrison while out drinking with friends.

She revealed someone at the time had called her out for being ‘disrespectful,’ but Abbie brushed off the comment, saying ‘Yeah babe, that’s the point. That was the goal, [to] disrespect that f**king c**t.’

The reality star was out drinking with friends as the election results were revealed on Saturday night.

So long: Morrison (pictured) conceded the election over the weekend and has since been succeeded as Prime Minister by Labor leader Anthony Albanese

While watching a video of Morrison’s concession speech over the weekend, Abbie stuck her middle finger up at the screen while taunting the politician with her friends.

Sharing a photo of the outrageous moment to Instagram at the time, Chatfield wrote: ‘Bye babe!!!’

‘Hope you know everyone in this club was happy when I told them you lost,’ she added.

Reason to smile! Abbie celebrated Labor’s win in the Australian election on Saturday

She also reposted a video shared by a friend which was captioned: ‘Bye Scumo’ – a derogatory take on Morrison’s nickname, Scomo.

‘Tonight the Australian people have voted for change. I am humbled by this victory and I’m honoured to be given the opportunity to serve as the 31st Prime Minister of Australia,’ Albanese said over the weekend.

Finger: While watching a video of Morrison’s concession speech, Abbie stuck her middle finger up at the screen while taunting the politician with her friends