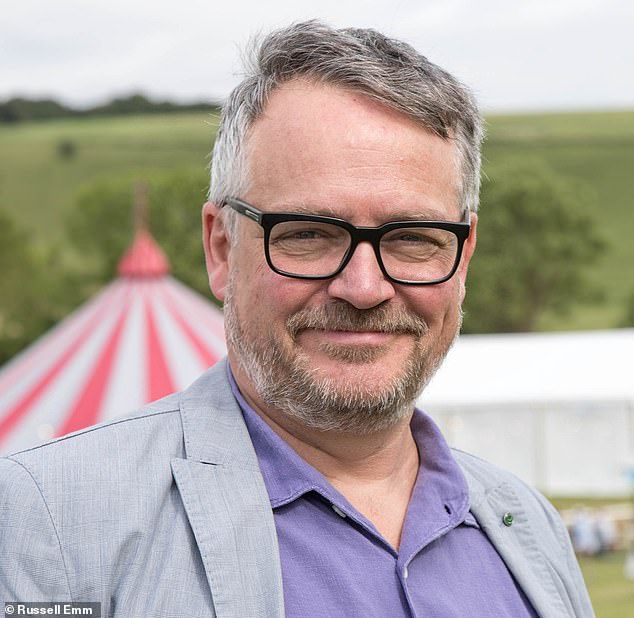 WHAT BOOK would actor, comedian, author Charlie Higson take to a desert island?

One of my sons is a fan of an Instagram account called directorfits, ‘dedicated to film director fashion through the decades’ and, knowing my love of Westerns, he shared a photo of John Ford from 1964. He’s standing in the desert, slouch hat, ratty jumper, eye patch and the meanest expression you can imagine.

I knew I had to find out more about this guy and immediately bought Searching For John Ford by Joseph McBride. It’s as monumental as one of the rock formations that Ford so loved to use in his films, and totally engrossing.

Charlie Higson (pictured) is currently reading Searching For John Ford by Joseph McBride. The author would take a set of Bernard Cornwell’s Sharpe novels to a desert island

He had to fight to get every one of his films made and became very ornery. He was, shall we say, ‘complicated’ and the book’s a useful reminder that great art is rarely made by great people.

I’m not big on re-reading books. With so many millions of them still unread, who has time to go back? I’m always bewildered by people who say things like: ‘Oh, I re-read Proust every year.’ Really? Don’t you have a life?

But if I was going to be stuck with one book, it would have to be something that transported me to another world. I’d settle for a set of Bernard Cornwell’s Sharpe novels that I read in order over the summer holidays, so I’d also be reminded of those happy times. These are tales well told and there are a lot more battles than in A La Recherche Du Temps Perdu.

Charlie remembers being utterly consumed by The Lord Of The Rings

I read a huge amount as a child — let’s face it, there wasn’t much else to do. And I remember being utterly consumed by The Lord Of The Rings.

Here was a huge, imaginary world I could get lost in.

J.R.R. Tolkien took me on an adventure that I never wanted to end (luckily — as it’s very, very long). I read an old hardback set from the school library, which had copious appendices and beautiful maps. I was entranced by the magic of storytelling.

Recently, I wrote an episode for a new kids’ TV series about the Artful Dodger (Dodger) and reckoned I should read Oliver Twist. I’ve got into trouble before for saying I don’t get on with Dickens — as if I’m trying to say I’m a better writer than him (which I’m obviously not), but I find it almost impossible to finish his books.

They’re just one damned thing after another. The quarter of Oliver Twist that’s great is the part they use in the screen adaptations; the other three-quarters are an endless trudge.