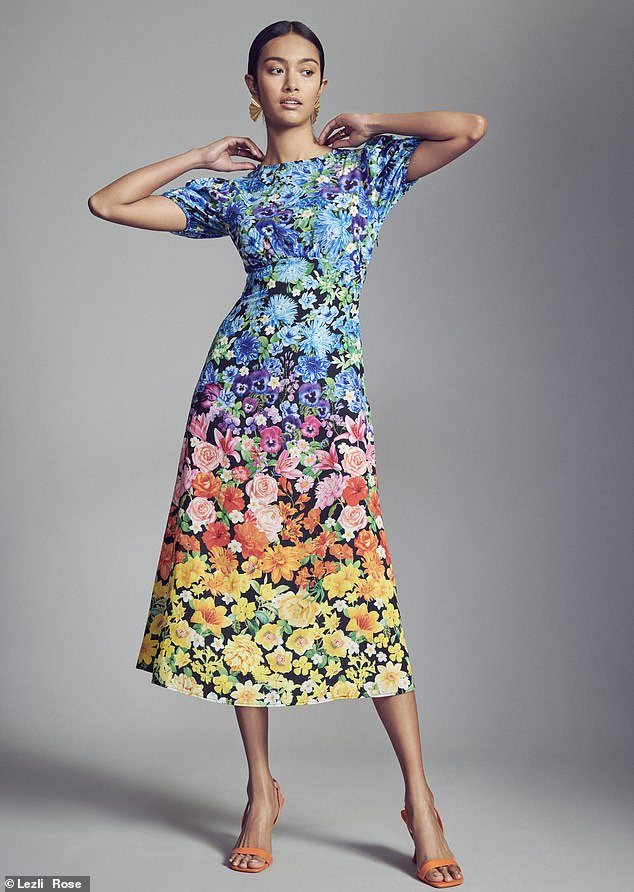 A DESIGNER LOOK FOR JUST £28: Thanks to Lipsy’s new range by the catwalk’s Queen of Prints, Mary Katrantzou

By Dinah Van Tulleken For The Daily Mail

Fashion often sees some unlikely collaborations but when I heard Lipsy was teaming up with Mary Katrantzou, my first thought was ‘joke’ and my second thought was ‘disaster’.

London-based Mary Katrantzou is, after all, the Queen of Prints. Despite being just 39, she was anointed International Designer of the Decade by Vogue, and her work has been exhibited at the Metropolitan Museum of Art in New York and London’s V&A. Her designs go for up to £8,000 and customers include Keira Knightley, Sarah Jessica Parker, Beyonce, Claudia Schiffer, Rihanna… you get the idea. Her genius is to transport abstract prints onto dresses that are cut to perfection.

Lipsy, well how can I put this? It is not A-list. Its customers didn’t even include me when I was 22 and dressing for evenings of rejection in regional nightclubs.

It is a phenomenally successful and unashamedly populist label known for affordable occasionwear. Previous collaborations have been with soap star Michelle Keegan, footballer’s wife Abbey Clancy and pop star Pixie Lott. The brand has never associated itself with the world of high fashion. Until now, that is.

After all her accolades, Katrantzou has set herself a serious challenge: getting her designs, which were said to ‘change the face of 21st-century prints’ onto affordable dresses without losing her integrity. And she seems to have succeeded. Just look how beautiful the above dresses are. Yes, you can get your hands on a Katrantzou print for a tiny fraction of the usual price.

The styles are surprisingly classy. Top of my shopping list? The tea dresses with delicate puff sleeve and A-line skirt (pictured above, far left and far right). The only catch? The fabrics are 100 per cent polyester. But what you would expect for prices that start at £28?

You don’t need to continuously wear and wash them (I would suggest airing instead of washing to prevent that inevitable shape shift that happens to less expensive clothes in washing machines). And if anyone asks you where they’re from, just say Katrantzou.