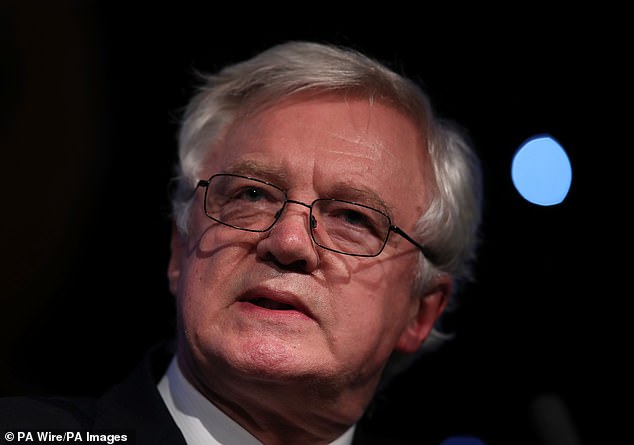 Senior Tory MP David Davis has questioned whether the Bank of England should remain independent after it failed to predict surging inflation.

Davis, who was Brexit Secretary under Theresa May, said there was ‘a real question as to whether the ‘independence’ of the Bank of England is worth maintaining’ and that its forecasts of lower inflation last year had led Chancellor Rishi Sunak to believe the impact of price rises on ordinary households would be ‘much less than it is turning out to be’.

Concern: David Davis said there was ‘a real question as to whether the ‘independence’ of the Bank of England is worth maintaining’

He added that its ‘mistakes are beginning to have large consequences, and the Chancellor will shoulder the blame’.

Writing in The Sunday Telegraph, Davis lambasted the windfall tax on energy giants, saying it was ‘very unlikely indeed’ to raise the £5billion predicted by Sunak, adding that the Government ‘should certainly not be introducing any new taxes’.