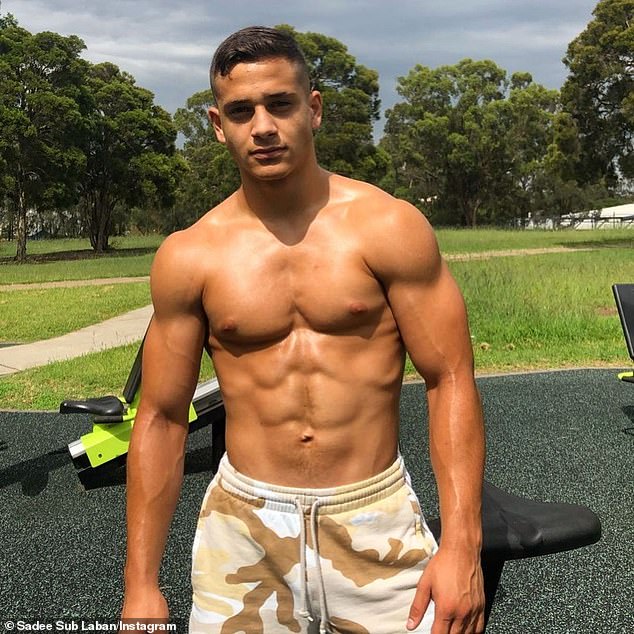 An ex-Love Island star has been charged after allegedly bashing a teenager during the opening weekend of Sydney’s Vivid festival.

Sadee Sub Laban, 20, handed himself into police after the alleged assault which left an 18-year-old man suffering multiple fractures to his face.

Laban, also a former Penrith Panthers under-20s footballer, allegedly became involved in a heated altercation with the teen while at Circular Quay just before 3.30am on Saturday, the Daily Telegraph reported.

Sadee Sub Laban, 20, handed himself into police after the alleged assault which left an 18-year-old man suffering multiple fractures to his face

Onlookers had to separate the pair who police say were not known to each other.

The teenager reported the incident to police and was assessed by NSW Ambulance paramedics before being taken to Royal North Shore Hospital.

He was granted conditional bail and will next appear in court on June 22.

The former reality star had previously vanished from Instagram after his stint on Love Island.

A series of unproven claims were put to him which Laban categorically denied.

‘I was told what was happening… What was going on was massive on the outside world,’ he said, adding at the time that he was ‘ready to leave’.

Responding to one Instagram follower who called him out for contacting her on Instagram when she was 16, he said: ‘Just so you know, honey, 16 is legal age.’

‘You followed me and I may have replied, but it’s not illegal to reply to a 16-year-old, and secondly, you hit me up and I got that screenshot,’ he added.

Laban went on to say the unproven claims were years old.