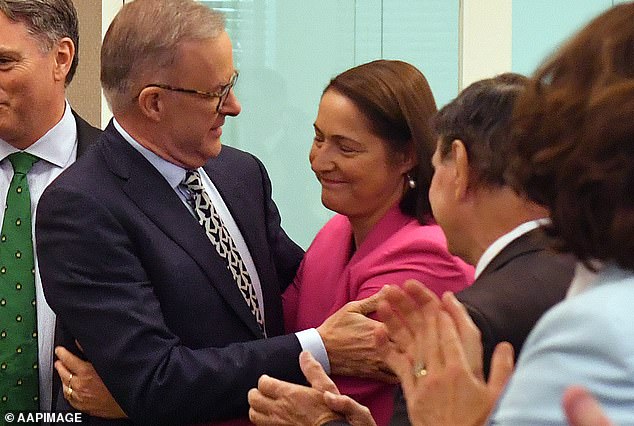 Gilmore, on NSW’s south coast, is one of the state’s most marginal seats and votes between the two candidates – Fiona Phillips and Andrew Constance – have flip-flopped over the past week.

But on Tuesday afternoon, Labor said it was comfortable their representative Ms Phillips would retain the seat after her lead pushed out to 222 votes.

‘NSW Labor has made the decision to call the seat of Gilmore to me,’ Ms Phillips, the incumbent MP, told the ABC.

‘We have seen again a strong trend towards me with the absentee vote, which is very unlikely, and I am just thrilled with the result.

‘The last week has been very harrowing and very hard and there has been a lot of interest in Gilmore, people have been stopping me in the street and willing me to get across the line.’

More than 88 per cent of the votes in Gilmore have been counted, giving Labor the confidence to call the seat.

The seat is yet to be called by the Australian Electoral Commission but Ms Phillips appears to be winning the majority of absentee voters, a Labor source said.

Mr Constance, who served as transport minister during his time on former premier Gladys Berejiklian’s front bench, left state politics to battle for a federal seat.

‘I want to congratulate my opponent Andrew Constance and all the candidates in the election. It has been a very tough time on anyone,’ she said.